Drive to the North Pole in a Toyota Hilux 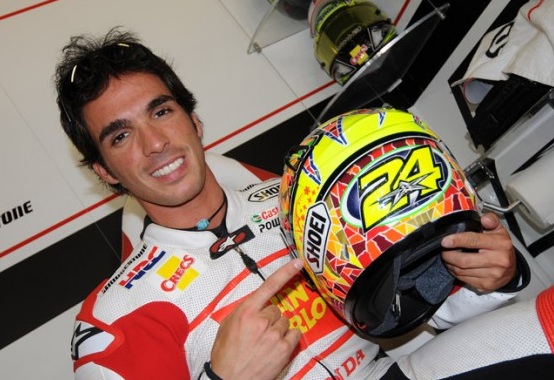 Team Gresini will not only continue their adventure in the MotoGP series next season, but will also line up two bikes in the inaugural Moto2 championship in 2010. Although they've announced their plans to compete in the MotoGP feeder series for a while now, the team finally made it official during the course today, when confirming their bike supplier and riders' lineup for the 2010 season.

Consequently, Fausto Gresini will use two Moriwaki MD 600 machines during the team's maiden campaign in the series, which are to be ridden by former MotoGP racer Toni Elias and Supersport specialist Vladimir Ivanov. The latter has made a career in Russian, German and Italian Supersport series through the past 7 years.

According to the team's press release, the goals for the two riders will differ dramatically in 2010. While Elias will be fighting to show Gresini that he's worth a chance to return to the MotoGP in 2011, Ivanov will race to secure himself another campaign in the Moto2 Series and work on his progressive approach to debut in the MotoGP in the future.

“I am very pleased to continue racing with Team Gresini because it is like a family to me. Alongside Moriwaki we are beginning a new adventure in Moto2. We are extremely confident about the project and we will all work with great determination to get the maximum results possible,” said Elias, who is expected to challenge for the title in 2010.

“It is a great moment for me to be joining Team Gresini's Moto2 project because it is one of the most prestigious teams in the World Championship. I have lots of experience on a Supersport bike and actually rode one last year in the Italian Championship so I am sure that will help me go fast on the Moto2. I am very excited to be riding alongside such an experience rider as Toni Elias and I can't wait to get out on track. Hopefully I can compete for some good results,” added Ivanov.

“Elias is a rider we know well and we have enjoyed great moments with him - he is determined, hard-working and professional and he is prepared to work on development with us. He has everything in place to be competitive at every race and there is no reason why the title should not be his target. For Vladimir Ivanov this is a completely new challenge and he is already feeding off the enthusiasm this team has transmitted to riders over the years. I am sure he is in the right place to enjoy good results. He has lots of experience in Supersport and that should help him adapt easily to Moto2,” concluded Gresini.