A Car Is Stolen Every 43 Seconds in the USA. See the Real Map of GTA

The Grand Theft Auto franchise is one of the most legendary names in the history of video games, and if you've ever played any one of the five versions released so far you will know exactly why that is.
10 photos

It's a combination of great gameplay (for most of the time), gorgeous graphics (all installments were pretty advanced for their time), an open world mechanic, and above all, great sense of humor, lots of violence and the occasional nudity or sex references. Oh, and cars. Lots of cars.

If you're old enough to remember the first GTA - the top-down view, mostly bi-dimensional game that took everyone by surprise as we didn't imagine something like this was possible at the time - then you probably know what Gouranga is. Then, after a rather lackluster sequel, came GTA 3, the game that made the franchise the blockbuster success it is now.

Having this huge open world would have gone to waste if Rockstar, the company behind this title, would not start thinking about online gameplay. That's why GTA V, the latest game in the series, spawned GTA Online, offering multiple gameplay modes to be enjoyed with your friends and, more often than not, your enemies as well.

Now, though, it has released a new add-on called Bikers, and as the name suggests, it's got lots of two-wheeled vehicles, leather jackets, and rock music. The idea is to form a biker gang, build a clubhouse, control an area, invest into shady businesses, defend your turf from rival gangs - you know, the usual stuff.

Of course, a lot of emphasis will be put on vehicles as well, which is why players will get the chance to customize their wheels, be they choppers, sports bikes, quads or even trikes. The add-on is available on all platforms - PC, PS4, and Xbox One - and can be downloaded as we speak. So, what exactly are you waiting for? Watch the trailer below if you still need some motivation. 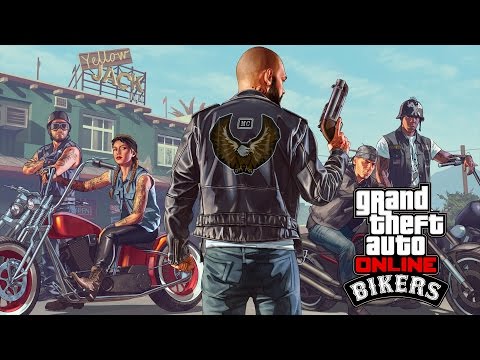