1 GTA Online Has Received A New Supercar, And It's The Fastest In The Game

Sebastian Toma
Grand Theft Auto Online has recently received an update, and it gives players a chance to get behind the wheel of legendary rally cars.
5 photos

Naturally, since the developers of the game have spared themselves of the expense of attaining a license to use the names and designs of real cars, you will not see the Audi, Fiat, or Lancia logos on the models.

Furthermore, the cars' names will also be changed, as will some of their design traits. Do not expect to hear the inline-five-cylinder noise either, as that is probably another element that the creators of GTA Online have not included.

However, you do not have to be an expert on cars to see the striking resemblance between Audi’s legendary rally fighter, along with its Italian siblings, and the vehicles shown in the game.

The Audi Sport Quattro S1 is named "Obey Omnis," while the Lancia Stratos equivalent is called "Lampadati Tropos Rallye." The two rally legends are not the only goodies introduced in the update and its stunt package, as the people of Rockstar Games were kind enough to add muscle cars, motorcycles, off-roaders, and rally raid trucks.

Users will have the chance to get dressed head-to-toe in racing gear, or even wear stuntman suits. Brand-sponsored racing jerseys are also available, but you can always be a “squid,” and just ride in your regular Grand Theft Auto attire. After all, GTA Online is a video game, and you can do things there which are not safe to perform in real life. Racing without proper gear is one of them.

At this point, we must inform you that the creators of GTA have also introduced new tracks in the game, designed specifically for the new stunt add-on. However, do not expect GTA to become the ultimate simulation experience, but you can find plenty of games for that. 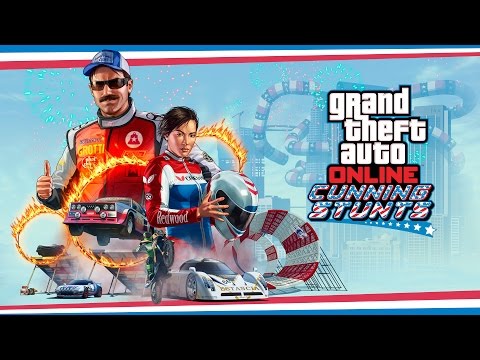