Cosmin Vasile
Gran Turismo fans have been waiting for the next installment in the series for quite some time, and while we wished we could say that the wait will be over this year, that’s not going to happen. Still, the fact that the fine folks at Polyphony Digital finally announced a release date, gives are reasons to believe Gran Turismo 7 is almost done.
11 photos

Without further ado, Gran Turismo 7’s release date is scheduled for March 4, 2022, so about six months from now. As many of you probably know already, Sony revealed early this week that Gran Turismo 7 will be coming to both PlayStation 4 and PlayStation 5 consoles.

Today’s announcement confirms that information, so regardless of whether or not you’ll be able to get your hands on Sony’s new console, you’ll still be able to play Gran Turismo 7. Keep in mind though that the upgrade to the PlayStation 5 version of the game will cost $10.

Along with the launch date of the game, Polyphony Digital revealed many details about Gran Turismo 7 and released an interesting gameplay trailer. We’re mildly excited to learn that Gran Turismo 7 will feature the legendary GT Mode, which has been renamed as “Campaign Mode.” This specific mode lets fans revisit the roots of the Gran Turismo experience where players start from the GT World Map.

Furthermore, the “Car Collection” aspect has been enhanced considerably, as players can now visit a new location called “GT Café” where they can interact with various NPCs who can provide them assistance in amassing their cars. Cars can be earned by participating in races or by purchasing them from Brand Central and Used Car Dealerships.

Those who played previous titles in the series know that Livery Editor is a nifty feature for when they wish to personalize their cars. In Gran Turismo 7, the Livery Editor has had its user interface improved to make it easier to use when you want to modify and edit the colors and decals of your rides.

The Car Tuning aspect has been improved too in Gran Turismo 7. Players who enjoy tuning their cars can visit GT Auto to tune the engine, as well as customize various parts, including the suspension, transmission gearing, brakes, tires, and more. This is also the place where you can get maintenance work done to your car like oil changes or washing.

Also, Legendary circuits are making a comeback in Gran Turismo 7, so expect tracks like Trial Mountain and High Speed Ring to be included in the game.

Thanks to the power of the PlayStation 5, Gran Turismo 7 will feature a more natural and realistic variable time system and weather effect system. These are based on a massive amount of meteorological observation data (including from NASA).

Last but not least, for those who love showing off their rides, Gran Turismo 7 features a special place called Scapes, which allows players to take photos of their cars in different locations around the world.

According to Polyphony Digital, there will be no less than 2,500 iconic landmarks from 43 different countries included in the game, so there’s little chance that you won’t find your favorite place on Earth to take a picture of your car.

Of course, those playing Gran Turismo 7 on PlayStation 5 will be able to take much better pictures thanks to the HDR technology and ray tracing. And since these pictures wouldn’t matter much unless you could brag about them, Polyphony Digital announced that all the photos Gran Turismo 7 players take in "Scapes" can be shared with other members of the community. 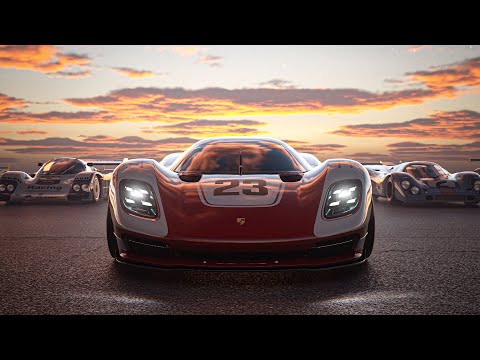