Graft's Off-Road Bike With Carbon Fiber Wheels Is Available to Buy, if You Can Afford It

Back in December, I stumbled upon Graft, an electric vehicle manufacturer based in Taiwan, which was working on some competitive, zero-emission wheelers. One of them was the EO.12, touted as the first off-road bike to come with carbon fiber wheels. The electric bike is now available to purchase.
7 photos

Graft is headquartered in New Taipei City and was founded by Azizi Tucker, an American engineer with an impressive background. The guy was among the first 100 Tesla employees, he worked on NASA’s Solar Dynamic Observatory, to name just some of his most notable achievements. He obviously discovered his passion for building stuff when he was just a kid, and he managed to make his own bike at the age of 13.

Back to the Graft EO.12 motorcycle, it’s an electric two-wheeler that weighs just 110 lb (50 kg), a weight that it owes to those aforementioned carbon fiber wheels, as well as to its aircraft-grade aluminum frame. However, there is a catch here, and that’s the fact that this is the weight of the bike minus its battery, which adds 28.6 or 41.8 lb. (13 or 19 more kg), depending on what battery pack you opt for.

Graft boasts of the bike’s frame being CNC-machined, while the drivetrain components of the EO.12 are 3D-printed from titanium.

The chain of the bike is permanently lubricated, which Graft says translates into a zero-maintenance wheeler. The motorcycle features a three-way adjustable Fox suspension and durable 21” tires. As for those light carbon fiber rims, Graft claims they are 25 percent lighter than conventional ones. An IP67 water-resistance rating would technically allow you to submerge the off-road bike into water that’s one meter (3.2 ft.) deep, for up to 30 minutes, but let's hope you never have to test its waterproofness that way.

When it comes to performance specs, the electric motor of the EO.12 offers 20 kW of peak power and 440 Nm of back-wheel torque.

While this off-road two-wheeler does indeed look like a fun toy to have, its price tag as well as the fact that the battery and charger are not included, might be dealbreakers for some. You can get the EO.12 for $9,800 and you have to pay extra for the battery pack. You’ve got two options to choose from: the Monolith Race battery, which is lighter (13 kg/28.6 lb.) and more “affordable”, at $2,650, or the Monolith Endurance, which tips the scales at 19 kg/41.8 lb. and will cost you an extra $3,600. 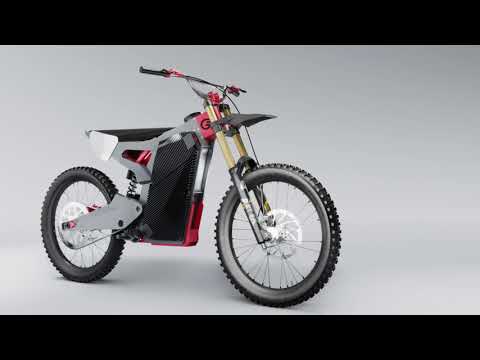