1 EO.12 E-Motorcycle Claims to Be the Only Off-Road Bike to Feature Carbon Fiber Wheels

5 2022 Polaris RZR 200 EFI Is Ready to Turn Your Kid into an Explorer, the Safe Way
Car video reviews:
Up Next

With QD being short for quad, the lightweight vehicle is ready to easily take you off-road and on trails, being equipped for both fun and work. It is the creation of a company headquartered in New Taipei City, founded by American engineer Azizi Tucker, who has an impressive background. He was one of the first 100 people to work at Tesla, he worked on NASA’s SDO (Solar Dynamic Observatory) satellite, and he built himself his first bike when he was only 13.

The QD.41 is one of Graft’s three upcoming electric vehicles, with the manufacturer also working on a light, electric off-road motorcycle and a versatile UTV (utility terrain vehicle).

With a 4130 Chromoly frame, no shafts and gears, and just four moving parts, the QD.41 is a reliable but zero-maintenance vehicle. It is equipped with high grip tires.

Graft is short on details so far, but it does mention that the ATV comes with a premium suspension and CNC-machined control arms and hubs. It features a touchscreen display that offers information on the vehicle’s speed, battery, power, and so on. Being electric, it is a silent vehicle, which makes it a great solution for search and rescue missions. It is also IP67 rated, meaning it is water-resistant for up to 1 meter deep, for half an hour.

Another notable feature of the ATV is its swappable battery system, which is developed in-house and is compatible across the entire range of Graft EVs. No information is provided yet on the range of the QD.41.

Graft’s online shop is still in the works and none of its products are available to order right now, but the manufacturer ensures potential customers that they’ll all be available to purchase them soon. 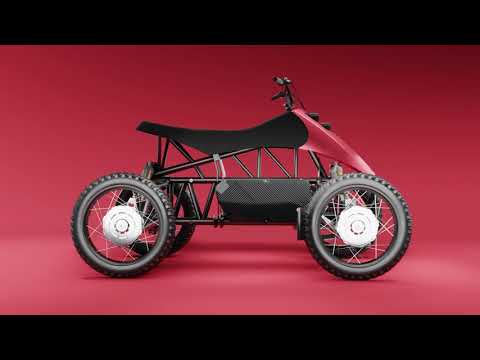