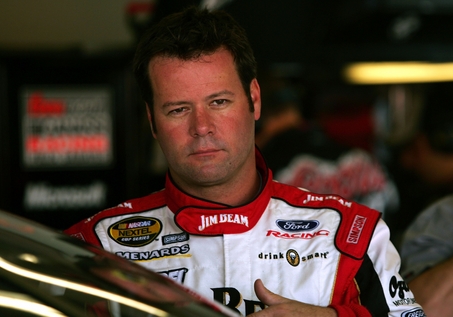 NASCAR driver Robby Gordon was not able to enjoy his 3rd place finish in the Coca Cola 600 at Lowe's Motor Speedway, as he was handed a harsh penalty by the championship officials as a result of a technical rule violation.

The NASCAR official website presented its viewers with a press release on Wednesday, explaining Gordon's wrongdoings during the rain-interrupted race on Monday. The 40-year old Californian was one of the few drivers who preferred to take a gamble during the last caution of the Coca Cola 600 and stay on track, hoping for the rain to come in and stop the race.

“The No. 7 car, driven and owned by Robby Gordon, was found to be in violation of Sections 12-1 (actions detrimental to stock car racing); 12-4I (any determination by NASCAR officials that the race equipment used in the event does not conform to NASCAR rules); and 20-10.6H (rear axle housing exceeded the maximum specified toe of plus or minus one degree) of the 2009 Sprint Cup Series rule book,” said the official press release.

“The violation was found during post-race inspection on May 25,” added the NASCAR statement.

As a result of those findings, Gordon will now be docked 50 points in the drivers' classification, as well as in the owner's standings. Also, “crew chief Kirk Almquist has been fined $50,000 and placed on probation until Dec. 31.”