3 New Fiat 500 Jolly is Not Exactly Cheap, But It's Definitely Cheerful – Photo Gallery

4 Honda Civic Coupe Receives the One Direction Visual Treatment, Looks Chaotic to Us

Ionut Ungureanu
Meet Aclima, a San Francisco-based company that designs and deploys environmental sensor networks. In earthly words, they measure the quality of air through all sorts of stationary facilities. They’ve recently announced the partnership they closed with Google, through the IT giant’s Earth Outreach subside. The plan is to map and to understand better urban air quality.
1 photo
Remember those cars that you sometimes see driving on the streets while the cameras mounted on top take pictures? Well, these vehicles are the devices you should thank for finding an address a lot faster these days. They’ve been doing so since 2007 when Google launched the service in the US. To date, the technology has expanded to include cities and rural areas worldwide, with some remote locations like Mount Everest or the Pyramids of Giza included.

Put it this way, three years ago the IT giant announced that it has captured 20 petabytes of data, comprising photos taken along 5 million miles of roads, covering 39 countries and about 3,000 cities. Imagine what that means in terms of infrastructure for Aclima here.

For the nonbelievers out there you should know that the partnership comes after an initial trial that went on last year. As a pilot, in August 2014, Aclima instrumented three Google Street View vehicles to perform a month-long system test in the Denver metro area during the DISCOVER-AQ study conducted by NASA and the US Environmental Protection Agency (EPA).

This Autumn, Aclima, and Google will expand mapping efforts to the San Francisco Bay Area and work with communities and scientists to explore applications for this new gadgetry. Here’s what Karin Tuxen-Bettman, Program Manager for Google Earth Outreach had to say about this collaboration.

“This partnership with Aclima enables us to take the next steps in our pilot project to utilize Street View’s existing infrastructure and test Google Maps as an environmental sensing platform for mapping the environment. We hope this information will enable more people to be aware of how our cities live and breathe, and join the dialog on how to make improvements to air quality.”

The deal seems to be just a small part of a long-term cooperation. For those who need to know more of these deals, we’ve also listed the company’s press release below. 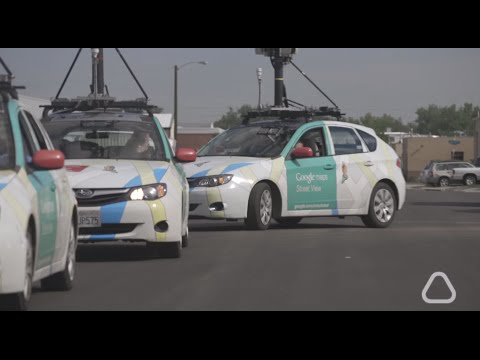