Google's Driverless Toyota Prius Is More of a Race Car 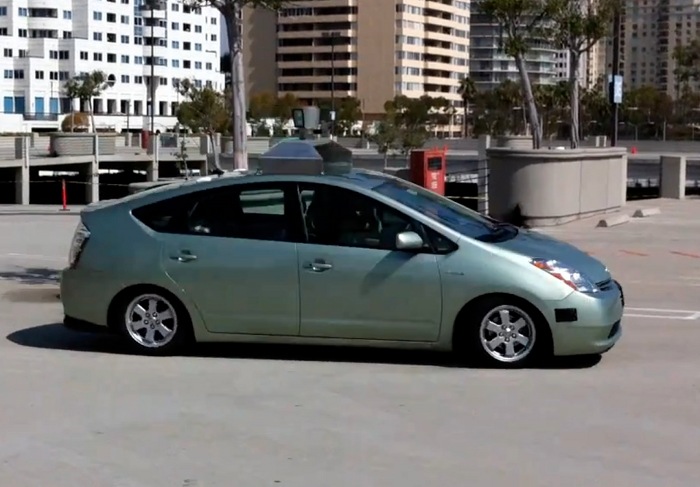 The fact that Google is pondering a possible involvement in the automotive industry is not a new thing, but every time the search engine giant makes a new prototype, it really manages to scare the hell out of carmakers. Takes this prototype for example. Google has developed a new self-driving Toyota Prius that acts more like a sports car, braking and accelerating aggressively every time it has the occasion.

Danny Sullivan of Search Engine Land recorded a few minutes behind the wheel of the driverless Prius, although the idiom "behind the wheel" isn't exactly correct in this case. Google's Prius acts like a veritable sports car and, although it has no driver, it manages to steer, brake and accelerate without any intervention from the guy that sits on the driver's seat.

Of course, the whole prototype is very complex, so the car is full of sensors supposed to detect obstacles and issue an audio notification every time the car gets closer to one.

The car in the video is even equipped with a GPS system which allows the passenger to select a certain destination and, after the whole route is selected, every move is done automatically. The prototype already has the necessary data for driving from San Francisco to Los Angeles without a driver, so expanding the maps is only a matter of time.

There's no info on whether Google would ever put this into mass production, but the company has recently demonstrated its technologies at the TED 2011 conference, so further prototypes could be on display at auto shows too.