5 Google Search Rival Said to Be Working on Its Own Electric Car
Car video reviews:
Up Next

Baidu has unveiled its latest Kunlun II chip at the Baidu World Conference. It is claimed to be two to three times faster than its predecessor, but what is more important here is that the unit is an artificial intelligence chip that can also be used for autonomous cars.
8 photos

The Chinese search giant, basically Google's rival in China, is already planning to make a robotaxi, and those vehicles will drive themselves. Furthermore, Baidu wants to have these taxis ready for the 2022 Winter Olympics, which will be held in Beijing.

The name of the chip comes from the Kunlun Chip Technology Company, which is a semiconductor design firm spun off from Baidu. It is supposed to be independent and has developed a second-generation AI processor. The new chip is made in 7 nm process technology, and its maximum consumption is 120W.

Its predecessor was launched three years ago, and it was also designed for autonomous vehicle applications. The new unit promises to be up to three times faster than its predecessor, while being at least twice as fast.

Baidu is not the only company involved in developing AI chips for self-driving vehicles and other applications. Until the launch of this new chip, Nvidia's A100 was considered to be the most powerful in the field. Until the Chinese company's microchip gets tested by an independent company, it is unclear just how powerful the new unit can be.

Regardless, Baidu wants to use the new microchip in its self-driving vehicles, and it is also interested in selling it to other companies. According to Baidu's statement, the chip is good for biocomputing, cloud computing, and intelligent transportation.

Earlier in 2021, Baidu announced starting a partnership with a local manufacturer to build electric vehicles. The partnership will mean that Geely will build the vehicles, while Baidu will provide their software and technology. However, Baidu also teamed up with BAIC's Arcfox to build 1,000 Robotaxis over the next three years.

Until those electric vehicles from Baidu are ready, the first Robotaxi from Baidu is already moving along with its testing. The Chinese company fitted the crossover with a 360-degree camera on its roof and a radar. 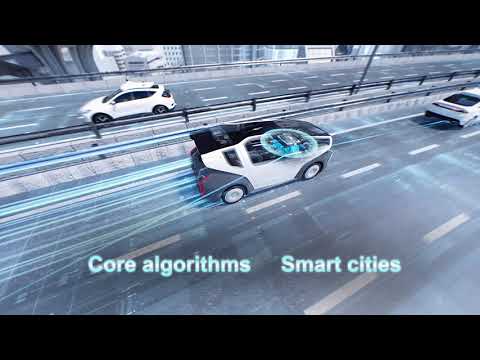 Editor's note: Photo gallery shows screenshots from Baidu's presentation of its new microchip. The displayed unit is an animation and not the actual chip.