3 Google Quietly Fixes One of the Biggest Android Auto Issues

5 Android Auto Randomly Disconnecting Is the New Struggle Nobody Can Fix
Car video reviews:
Up Next

Impossible Bike Was Once the World’s Smallest e-Bike Design, So What Happened?

Google’s very own Pixel lineup of phones comes with car crash detection, a life-saving feature that can automatically call emergency services after an accident.
1 photo
In a video published this week, Google reminds everybody how the whole thing works using a real story in which a Google Pixel stepped in and dialed 911 after a crash.

First and foremost, it's worth knowing that crash detection is only available on the Pixel 3 and newer (including Pixel 5), and it requires permissions to access the phone’s location, physical activity, and microphone.

That is because, in order to determine whether you’ve been involved in a car accident, it needs to read information like your location, the activity of the motion sensors, and listen to the nearby sounds, then running an analysis to figure out whether a crash just occurred.

If it thinks an accident took place, the Google Pixel vibrates, rings loudly, and then asks if you need any help, with such messages displayed on the screen and read out loud through the speakers. The device is then waiting for any input for a maximum of 60 seconds, after which it automatically calls emergency services, tells them a car crash took place, and sends the location of the device.

During this whole time, the speakerphone is enabled to let you talk to the first responders, with the Pixel to repeat the aforementioned information to make sure the emergency teams get it right.

On the other hand, you can always interact with your phone during those 60 seconds, so you can call the emergency services faster using a voice command or with touch input. You can cancel a call by just saying “Cancel” or tapping a screen option.

Car crash detection only works on the said phone models in the United States, the United Kingdom, and Australia with an active SIM. 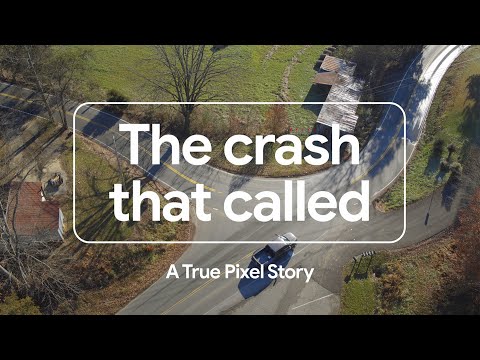