Most navigation apps, be they Google Maps, Waze, or Apple Maps, can already show the speed limit based on their map data. In some cases, volunteers or users themselves can help refine the displayed information, therefore making the speed limits as accurate as possible.
8 photos

But Sygic, who makes one of the most advanced mobile navigation solutions on the market, has come up with a brilliant idea that pushes this feature to a completely new level.

Thanks to a new feature called Sign Recognition, Sygic’s navigation software can now use a phone’s camera to scan the road signs and therefore accurately indicate the speed limit on the device’s screen.

In theory, this should make the speed information as accurate as possible, pretty much because it’s based on the current road signs, though on the other hand, it could also come with a series of limitations caused by the hardware itself.

For example, the mobile phone’s camera can have a hard time reading road signs in poor weather conditions or during the night, while low-end devices could end up struggling even during the day.

Sygic, however, says this is just the beginning of such a system, as it hopes a similar approach could eventually be used for more advanced implementations that would allow an algorithm to read much more information. Including number plates, traffic lights, and others, that is.

The new Sign Recognition feature is already available for Sygic users as part of update 20.9.0, though worth knowing is only Premium+ subscribers are getting it. However, it’s live on both iPhone and Android.

Sygic has therefore become the first navigation solution provider to offer such capabilities in its software, but it’s probably just a matter of time until other developers introduce similar features in their apps. Especially as the AR push is gaining more ground, that is, with Google itself also investing big on its front. 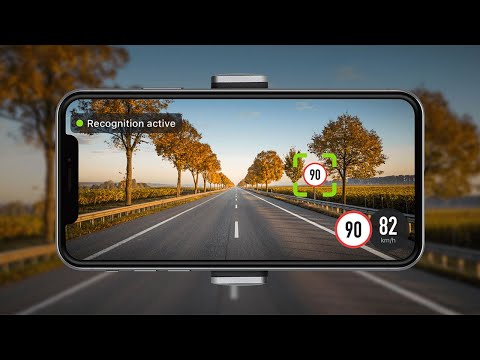