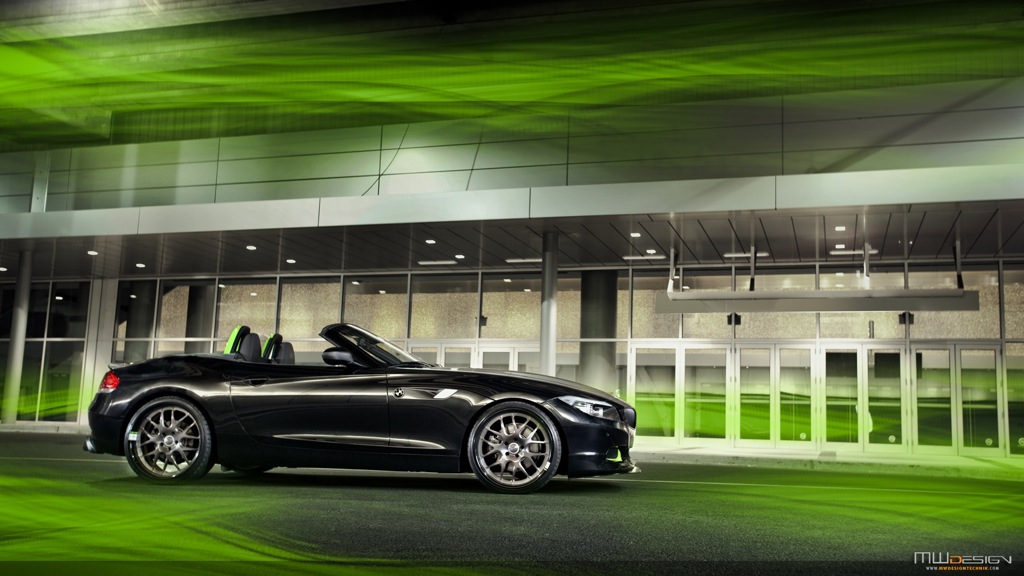 The team at MWDesign has recently took the wraps off their latest project, based on the BMW Z4. Dubbed “Slingshot”, this bold project draws inspiration from the world of golf. The Z4 Slingshot therefore benefits from both technical and design enhancements, with the use of the lime green components as its most striking feature.

“Lime green is one of the wildest colors on the entire color wheel. This color is perhaps best associated with extreme cars such as the “Verde Ithaca” from the Lamborghini Gallardo and Murcielago lines as well as “Sublime” from the Mopar greats such as the 70’s Plymouth ‘Cuda, Dodge Challenger and Charger,” MWDesign said in a statement.

Lime green accents were added to the front bumper air ducts, underneath the rear diffuser, wheel lip striping and to the roll bar backs. They are highlighted by the use of carbon components, such as rear carbon fiber diffuser, a matte carbon fiber fin, as well as the 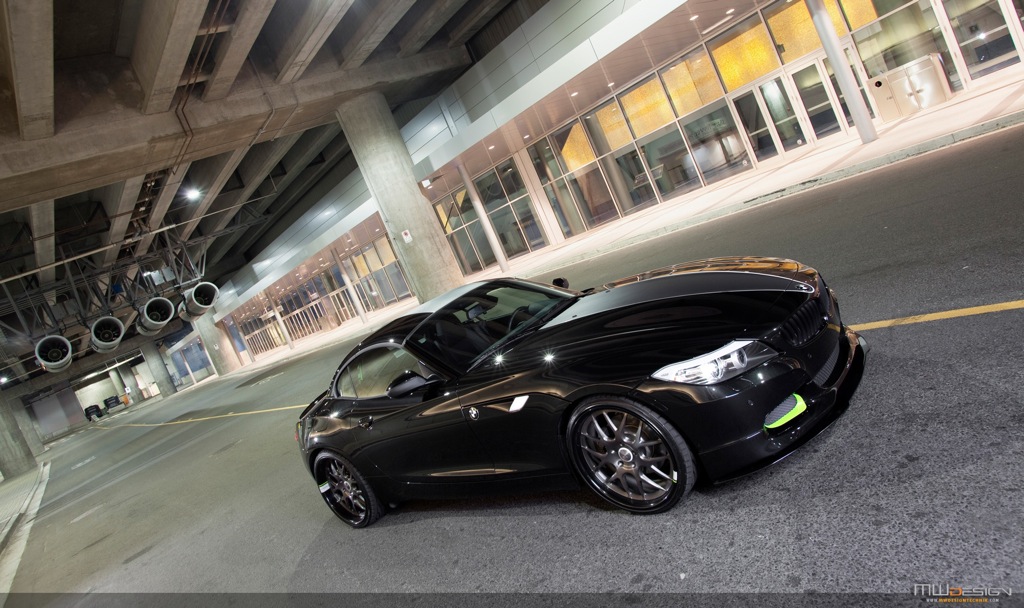 Performance wise, the Z4 Slingshot comes with a Dinan Stage II+ ECU Upgrade that adds some extra 78 hp and 157 Nm to the power of the standard car, boosting the output to a total of 400 hp and 570 Nm. The car has also been fitted with the first prototype exhaust for E89 Z4 3.5 turbo, also custom powdercoated matte black.

The guys haven’t finished the project completely just yet, as they still have to work on the braking power and add a set of custom brakes, which are currently under development.