Gabriel Nica
1 photo
When the Z28 came out in 2013, the world stopped for a moment. It wasn’t because the car had a radical style change or anything like that but mostly because there was only one speaker inside. That’s right, only one and that’s only because the law asked for it.

You see, in the US, it is mandatory to have a seatbelt bong and the guys from GM needed to install a speaker inside the new Z28 but other than that everything that isn’t needed was stripped out. Everything had to be as light as possible.

Then there’s the performance improvement. Under the bonnet lies a 7-liter V8 making 507 PS (500 HP) and 652 Nm (481 lb-ft) of torque, numbers achieved solely through natural aspiration. There’s no place for superchargers here.

That’s because GM president Mark Reuss said that the car was built to appeal to pure racers, being as lightweight as possible, with a high-revving dry-sump LS7 engine, carbon ceramic brakes, integrated coolers for track use and the correct aerodynamic force.

Even though the ZL1 has more power, this is still considered the ultimate Camaro and the guys from Vehicle Virgins took one for a spin. They also grabbed their GoPro camera and started recording inside to show up how it looks and feels to drive this manual beast.

Well, it was exactly what we expected, the sound recorded inside the cabin being more than just enticing. It’s downright maddening. Check it out! 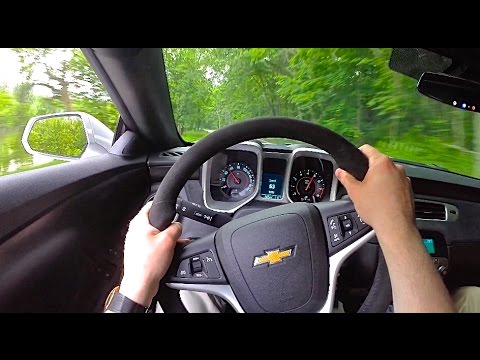