Lamborghini Confirms RWD Huracan, Here's the Story Behind It

The guys from Motorsport Magazine took a manual BMW M235i to the French Magny Cours track to see what it’s capable of. Fortunately, they also brought along their cameras and shot a video of one lap from nearly the driver’s point of view.
1 photo
When BMW launched the 2 Series, they also went ahead and came out with an M Performance Automobile, the second in the brand’s history, right behind the M135i that was launched well before it.

The M Performance Automobiles (or MPA for short) were developed to take on the S models from Audi and the future alternative that sits between normal cars and AMG tuned ones from Mercedes-Benz. Therefore, they are not full-on M cars but not standard ones either. They’re special.

That means they have special features on-board as well. The suspension is a bit more composed, the engines, brakes and transmission have been upgraded to keep up with the added performance while the look was also enhanced with various parts.

The M235i had a big part to play. It’s one of the few early MPAs and a car that was supposed to show the world that BMW didn’t lose its way and that it still knew how to make small, fun coupes.

Considering they also had to leave room for the upcoming M2, it was plain obvious to see that the Bimmer wouldn’t be perfect. The suspension could use a faster rebound response and the body roll could be reduced but all of those will be possible on the full-on M car.

The reviews are more than flattering and we loved the car ourselves when we tested it. However, it’s at the track where you get to see its hidden face, the one that doesn’t come out in busy city traffic. That’s what we want to show you here. Check it out! 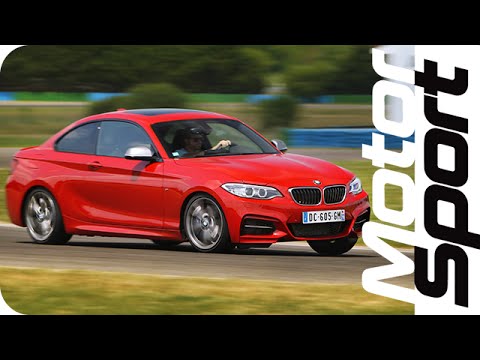