3 Chevrolet Volt Named Car of the Year in North America 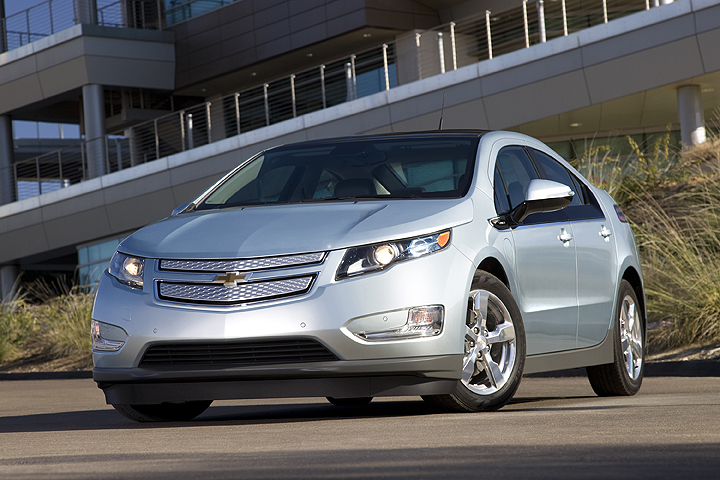 General Motors has recently announced that its extended-range electric vehicle, the Chevrolet Volt, has won a Gold Medal during the 2011 Edison Awards, while the OnStar Mobile App has taken Silver in the Remote Driving Aids segment. This year's awards recognize a broad array of innovations including far-reaching products, services and technologies that impact daily life.

“Being selected as an Edison Award winner validates our drive to develop an all-new transportation solution,” said Tony Posawatz, Chevrolet Volt Vehicle Line Director.  “Innovation has been at the heart of the Volt from its onset; from the development of the Li-ion battery to the drive unit and the driver connectivity.”

“The Edison Gold Medal for the Volt highlights the innovative engineering that resulted in the production of the world’s first electric vehicle with extended range capability. With a full charge, Volt drivers can travel 25-50 miles completely emissions- and gasoline-free and then continue for several hundred more miles,” according to GM.

Complementing the revolutionary propulsion system, engineers working at the General Motors wind tunnel helped to develop the most aerodynamic vehicle in Chevrolet’s history. According to the manufacturer, reducing the energy needed to overcome air resistance added an estimated eight miles of electric range and 50 miles of extended range to the Volt.

The Edison Gold Medal for the Volt joins the Motor Trend, Automobile Magazine and Green Car of the Year awards, as well as Popular Science Best of What’s New and Ward’s 10-Best Engine designations awarded earlier.

The Edison Awards are voted on by about 2,000 members of the not-for-profit Marketing Executives Networking Group, America’s top executives and academics nominations based on societal impact, marketplace innovation, marketplace success and market structure innovation of new products launched in the past year.