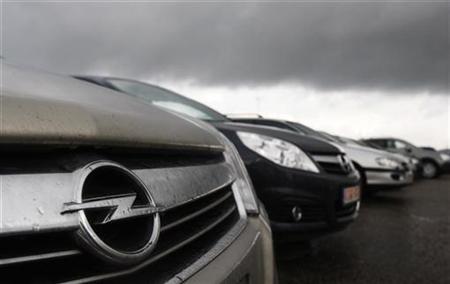 General Motors agreed to save another 550 jobs at the Opel engineering center in Germany, a move that further reduces the final amount of job cuts prepared for the German manufacturer as part of restructuring process. Opel interim boss Nick Reilly said in a speech in Ruesselsheim to almost 9,000 employees that GM is looking to secure a future for its workers so it doesn't look to cut more jobs at the local plants.

"Management and the works council agree on the goal of making Opel/Vauxhall a successful company once again with greater independence and a more important role within GM," Reilly said according to a report by Reuters.

"It has a lot to do with the personality of Nick Reilly. He personifies for me New GM," Franz said.

According to previous statements, GM was believed to cut around 9,000 jobs across Europe, with Germany to be the most affected country. It was believed that GM will cut around 2,500 jobs at Opel's HQ in Ruesselsheim, Germany. This includes 1,300 jobs in administration, 862 in production plus 548 in engineering and development center.

The Bochum factory will be affected as well, with 1,799 jobs to be eliminated. Additionally, the Eisenach and Kaiserslautern plants in Germany will lose 300 jobs each.

Still, General Motors is working on the viability plan, with the final version to be revealed in mid-December.