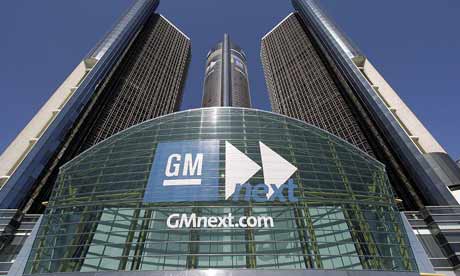 A new bill that would threaten GM's ability to repay its taxpayer loans and provide jobs in Kentucky made the carmaker announce today it will start a new local ad campaign to alert all those involved about the negative impact that H.B. 217 will have on Kentucky's economy.

The campaign, which will kick off March 21, will include several advertisements in local newspapers and will reportedly take about $50,000 from GM’s bank accounts. The ads will appear in the Louisville Courier-Journal, Lexington Herald-Leader, Ashland Daily Independent, Paducah Sun, Owensboro Messenger-Inquirer and Bowling Green Daily News.

The bill would establish special rights for failed auto dealerships, including an unprecedented 10-year right of first refusal that would allow auto dealerships, no matter how poorly they have performed in the past, to block GM from opening new dealerships that could be more effective.

"GM provides a lot of horsepower to Kentucky's economy," said Greg Martin, a spokesman for GM. "We want to continue to be a source of good-paying jobs and hope the Kentucky Legislature will reject the attempt of special interests to slow us down.”

"As part of our restructuring, everyone inside the GM family had to make sacrifices to create a new, stronger company,” Martin added, “While we understand the frustration that some dealers feel, there is a fair arbitration process established by federal law that allows dealers to have their grievances heard by an independent third party. H.B. 217 is an unnecessary bill that will drive up our costs and threaten auto jobs and future business investment in Kentucky.”

"We respectfully urge the Kentucky Legislature to stand up for auto manufacturing, which is a vital part of the state's economy, and oppose this misguided legislation."