5 GM Promises to Keep German Opel Plants Open
Up Next

VW Dismisses Formula One Entry in 2012 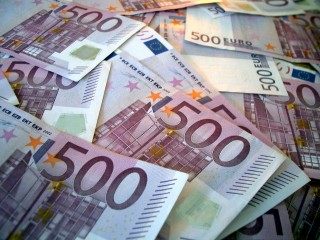 General Motors has already stated that it is looking at ways to restructure Opel using its very own resources but it also emphasized the fact that it needs support from countries hosting Opel factories. In a statement rolled out yesterday, German economy minister Rainer Bruederle said that General Motors would inject 600 million euro in the process but it also expects support from governments across Europe.

"GM wants to provide EUR600m itself and wants the rest to be provided by European taxpayers," Bruederle's ministry was quoted as saying according to a report by just-auto.com.

Earlier statements indicated that GM needs 3.3 billion euro to save Opel, which basically means that European governments should contribute with around 2.7 billion euro. However, General Motors hasn't applied for state aid in Germany, Bruederle explained.

"The paper submitted is not an application for state funds and cannot serve as the basis for making an assessment of one," he said. "It provides no answers to any of the important questions about Opel's future."

However, GM might face several problems if attempting to receive loans from the German government. Several German officials were angered by GM's decision to scrap the Opel sale to Magna and emphasized that the parent manufacturer should receive no support from the government. Furthermore, it was said that GM doesn't qualify for state aid.

"One must give no support to GM if the fund's criteria are taken seriously," Justus Haucap, head of the Monopolies Commission, said according to Bloomberg. "Opel's problems have nothing to do with the financial crisis."