2 Chrysler Idles Plants for One Month

4 Helping Detroit 3 Could Cost the US $125 Billion

5 Chrysler Blames Lack of Financing for Poor Sales
Car video reviews:
Up Next 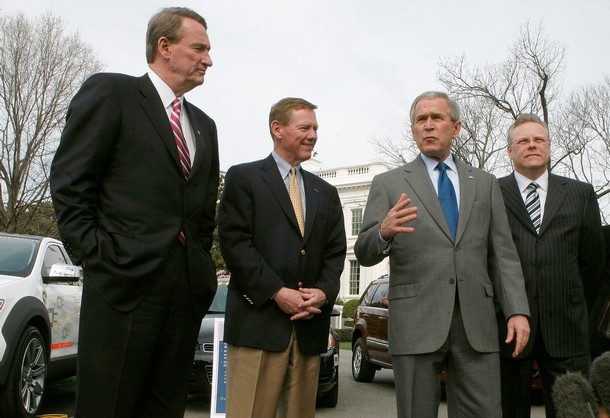 Following rumors claiming that GM may be interested in a merger with its brother in pain Chrysler, representatives of the world's largest carmaker came out and denied all speculations, pointing that the company is focused on its current situation. Back in November, Chrysler's owner, Cerberus Capital Management LP, said it may sell a part of its shares in the American company, with Hyundai, Renault-Nissan and even General Motors said to be interested.

However, GM today denied rumors, saying that it has absolutely no intention in purchasing a stake in Chrysler. "There are no talks going on. Our position has not changed at all since November when we said we are concentrating on our liquidity situation,” GM spokesman Tony Cervone was quoted as saying by Autonews.

The Wall Street Journal reported on Thursday that General Motors restarted negotiations with Chrysler, but no further details were actually provided.

A potential merger would only make sense in a stable market, allowing the two companies to benefit from each other's platforms, production plants, dealership network and technologies. Moreover, it could save a number of brands said to bite the dust in the near future, but may also discontinue similar models currently fighting for the same segment of buyers.

On the other hand, both General Motors and Chrysler urge the government to approve the requested funds, as their liquidity situation may push them close to bankruptcy. While Chrysler has said that its financial resources may only allow it to get through January 2009, General Motors has already hired a bankruptcy-specialized team supposed to help the company in case the Congress does not provide financial support.