Chevrolet, Buick, Cadillac and GMC are the first General Motors brands to adopt 4G LTE connectivity from OnStar. The 2015 Chevrolet Malibu sedan will be the first model to benefit from this technology and Internet data pack.
1 photo
By the end of 2014, GM plans to implement OnStar 4G LTE on more than 30 vehicles from its stable. Ushering a new generation of connected vehicles starting next month, the in-vehicle 4G LTE service will be launched with a free trial period of three months or three gigabytes.

Thanks to the OnStar system's connectivity technology, future owners of GM vehicles will be able to connect their smartphones, tablet PCs, netbooks or even video game consoles to the Internet via the built-in Wi-Fi hotspot. Capable of pairing up to seven devices at a time into or around the vehicle, the OnStar system will also offer improved access to existing safety and security services.

The least pricy OnStar Directions & Connections plan offers 200 megabytes of data and will start at $5 per month for OnStar subscribers of double the amount for non-subscribers. As for the top-of-the-range plan, customers will have to spend $50 a month for 5 gigabytes of data included. 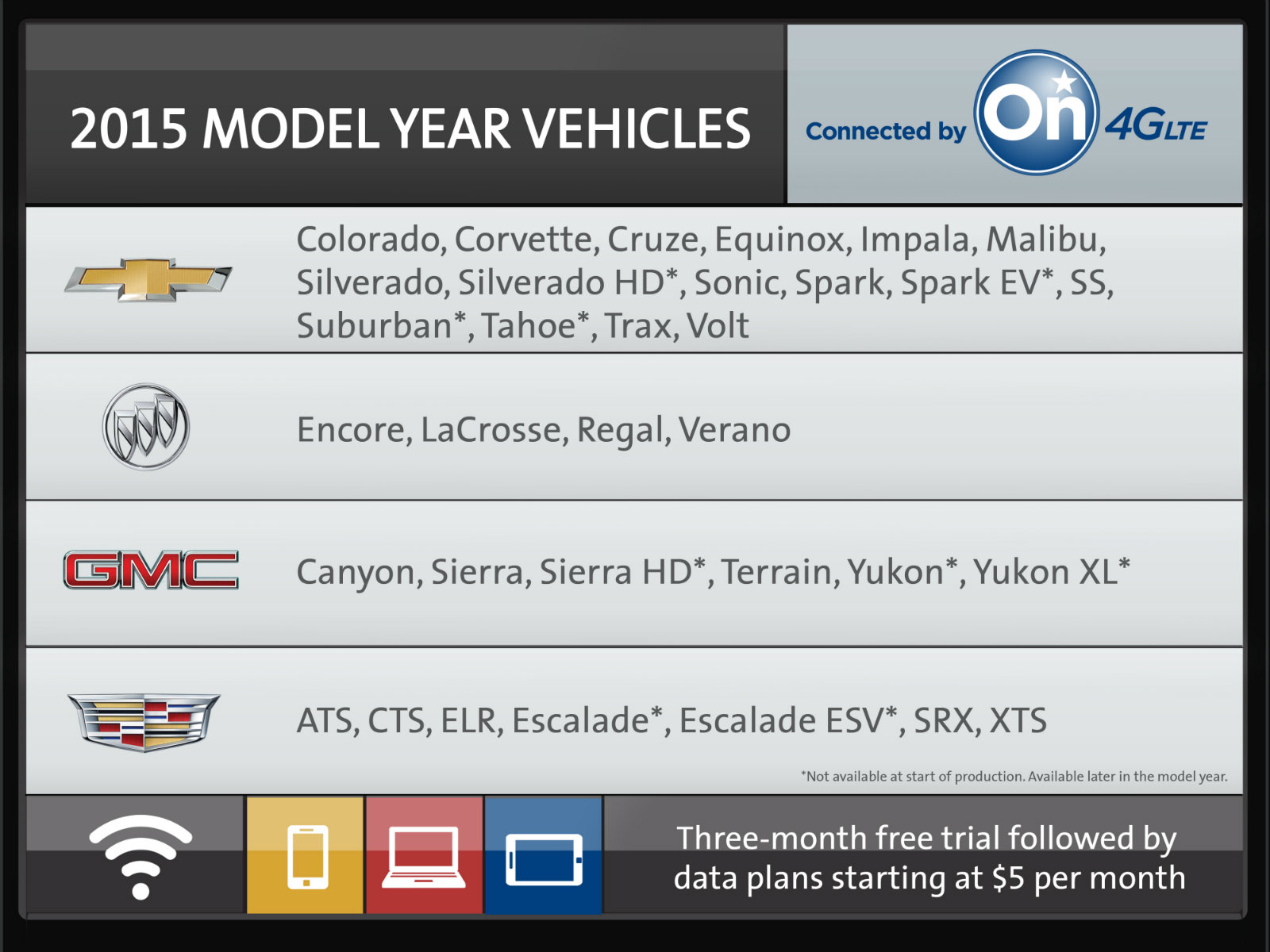 One-time packages will also be available for 4G LTE-equipped cars, the pick of the lot being the $150 plan which offers 10 gigabytes of data for a determined 12-month period. GM also announced that most 2015 model year Chevys, Buicks, Caddys and GMCs with OnStar hardware will come as standard with five years of the OnStar Basic Plan, as well as six months for the OnStar Directions & Connections plan.

“OnStar with 4G LTE is embedded into the vehicle, meaning customers get simple connectivity for not only a Wi-Fi hotspot, but also improved access to traditional OnStar services like vehicle diagnostics, remote vehicle access, and others,” said OnStar president Mary Chan. “Our customers will also have easy-to-understand data plans to let them tailor a connected car experience around each owner’s lifestyle.”