2 GM Will Reopen Customer Orders for the Cadillac Lyriq, You Could Soon Order Yours

3 The Chevrolet Silverado EV Is in Such High Demand, It Will Take Years To Get Yours

4 GM's Mary Barra Vows To Blow Tesla Out of the Water, Throws Billions at It

5 Is It True GM Will Sell Autonomous Vehicles to Consumers by Mid-Decade?
Car video reviews:
Up Next

Meet the Marman Twin, a Breathtakingly Gorgeous Vintage Bicycle With a Boxer Engine

Three months after GM’s CEO Mary Barra vowed to overtake Tesla by mid-decade, she doubled down on her pledge. Part of her strategy is selling cheaper electric vehicles, something that Tesla also promised a couple of years ago. We don’t know if GM’s plan will hold out for more, but we are fairly certain that Mary Barra would not see GM selling one million EVs per year by 2025.

For years, we read stories about how Tesla would go bust as soon as bigger carmakers would put their strength behind building EVs. As funny as it seems now, there’s no shortage of big carmakers trying not to wipe the floor with Tesla, but overtake it. And yet, this is proving more difficult than it is to get a free Ford F-150 Lightning.

GM is among the traditional carmakers with a more bullish stance toward overtaking Tesla. Speaking in a CBS interview in January, Mary Barra promised that GM will become the EV leader by mid-decade. This was before Tesla started operations in two new gigafactories (Berlin and Austin) and announced plans to double the Shanghai factory capacity. All in all, this means GM will need to build over two million EVs per year just to get to Tesla’s capacity. Would this be possible in less than three years?

Mary Barra thinks it is, and in a recent interview with Yahoo Finance, she reiterated the plan, explaining how she wants to achieve this. Apparently, a key part of her plan is to lower the price of the EVs sold to the point of price parity with ICE vehicles. This is great, but Tesla also promised something similar, only to switch plans when they saw people lined up in droves to buy their expensive EVs.

Mary Barra somehow implies that the price is what’s preventing carmakers from selling more EVs, not the limited production capacity, and she intends to fix this. A $30,000 electric car would surely do the trick, as she suggests.

“Remember, we're not necessarily just selling at the premium end,” Mary Barra said on Monday to Yahoo Finance, taking a jab at Tesla, whose cheapest model sells now for $46,990. “We're going to have electric vehicles affordable at $30,000.”

The problem is that GM already has a $30,000 EV, it's called Chevrolet Bolt EV. With a starting price of $31,500, the Bolt did not help GM very much in overtaking Tesla, despite being one time touted as a “Tesla killer”. And perhaps Mary Barra should watch more closely the GMC Hummer customers willing to pay as much as double the MSRP just to secure the electric truck. A lower price would certainly help attract more customers, but it is irrelevant as long as GM cannot fulfill existing orders in a timely manner.

Mary Barra is confident that GM will close the gap on Tesla though. She thinks that more and more GM drivers will trade in their internal-combustion vehicles for electric ones in the coming years. And when they do, GM will have the vehicles ready. Mary Barra does admit this is a little bit longer game but she still remains confident of the "mid-decade" deadline.

GM is not the only company going after Tesla as the leader of the EV market. Ford has pledged the same, although Ford’s plans seem a lot more realistic than GM’s. The Dearborn company wants to get to a 600,000 per year EV production capacity by 2024, which is a lot less than the current Tesla production. On the other side of the Atlantic, Volkswagen is probably best positioned to fight Tesla, and yet we don't hear Herbert Diess promising Volkswagen will become the leader of the ERV market, certainly not in a couple of years. 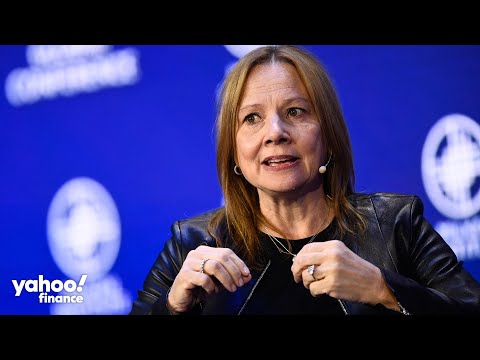 Space Exploration; the Cost, the Emissions, and the Hypocrisy of It All

Can Herbert Diess or Any Other Car Executive Help Tesla Fix Years of Mistakes?See all editorials