1 GM Opens Factory Zero Next Week, Joe Biden Will Be There

Sebastian Toma
General Motors has opened the factory that will build the 2022 Hummer EV, Factory Zero. The facility was inaugurated with a visit by President Joe Biden, who attended the event and even toured the EV manufacturing plant. Plant employees, UAW Local 22 leadership, and International UAW leaders joined him.
9 photos

Almost two years ago, GM announced it will invest $2.2 billion in a new factory that is exclusively for EVs. Those of you who are fans of the American conglomerate already know that the Detroit-Hamtramck facility was fully renovated to create Factory Zero, which will be the blueprint for future GM plants.

As Mary Barra explained, the retooling was done with the best and most advanced technology available today, and GM's U.S. manufacturing expertise is key to achieving the company's all-electric future. When fully operational, the factory will employ over 2,200 people.

The first model that will be built at GM's Factory Zero is the 2022 GMC Hummer EV Pickup, followed by the 2203 GMC Hummer EV SUV, the Chevrolet Silverado EV, and the Cruise Origin. The latter will be an all-electric, self-driving shared vehicle.

All the vehicles that will be made at General Motors’ Factory Zero will be built on the Ultium platform. The all-new platform was imagined to be a common vehicle architecture that will make a strategic value shift across the company's network of vehicle assembly plants.

GM wants to communize and streamline machinery, tooling, and assembly processes, which will lead to more flexibility, lower capital investments, greater efficiencies, along the ability to achieve economies of scale.

Instead of tearing down the Hamtramck facility, GM renovated the plant for two-thirds of the cost that would have been required to build a new complex of this kind.

The Detroit-based conglomerate will base its future renovations on what it has learned through this transformation process.

Company estimates have shown that GM can avoid spending up to $15 billion in capital costs by 2030 if it renovates existing facilities instead of building new ones from the ground up. If all the company's facilities were to be transformed like this, General Motors would avoid spending approximately $30 billion. 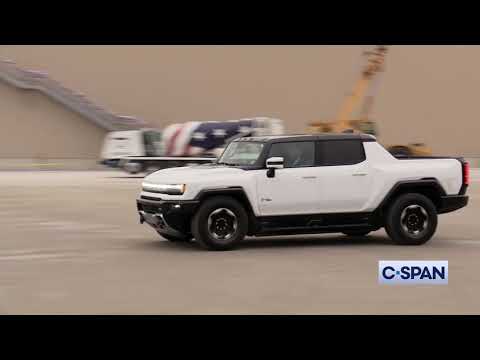