4 Tornado-Proof Truck by A.R.E
Car video reviews:
Up Next 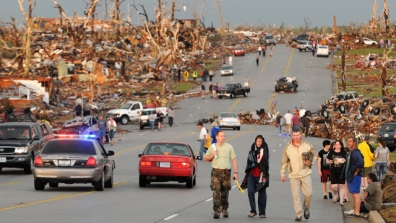 The killer winds that twisted above several areas of Missouri this weekend, leaving a trail of devastation and a nearly obliterated city of Joplin has managed, once again, to draw the attention of American manufacturer GM, one of the first private businesses to show its support whenever a disaster strikes.

Considered to be one of the deadliest tornadoes of recent history, the twister that struck the city on May 22 left behind at least 123 dead and a city in ruins. The number of casualties is bigger than the 116 people killed June 8, 1953 in Flint, Michigan, in what had been the greatest toll since record keeping began in 1950.

The financial damages to the city have not yet been estimated, but authorities expect them to be in the “hundreds of millions.” However, the portion of the Route 66 that passes through the city has been spared by the killer tornado.

“Thanks to the generosity of the General Motors Foundation, the Red Cross has been able to mobilize support to help families recovering from the recent tornado in Joplin, Missouri,” said Neal Litvack, chief development officer at the American Red Cross.

“These contributions from the General Motors Foundation, along with the strong support of the American public, are critical because they enable the Red Cross to rush immediate relief to disaster victims.”