1 Germany to Give More Money if GM Accepts Magna

2 Germany Says Opel Will Be Sold This Week 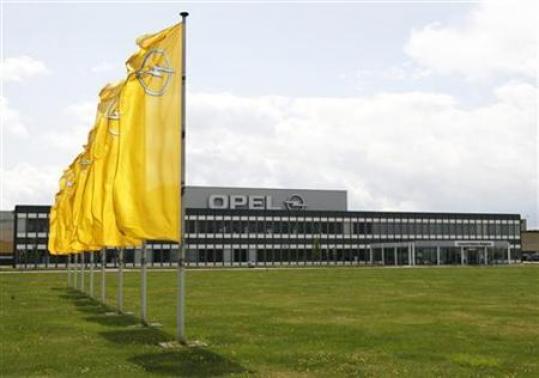 Although we're not sure this is the long-awaited end of the Opel selling process, reports are indicating that General Motors will meet with Magna International and its Russian partner Sberbank today. Obviously, the fate of the German brand is the main topic on today's agenda but according to the Bild, a final decision is not expected today.

However, just-auto.com writes that Sberbank's Chief Executive German Gref will join GM CEO Fritz Henderson and Magna's co-CEO Siegfried Wolf before the GM board meeting scheduled to take place later this day. All they want is to "know each other better", but sources familiar with the matter are pointing that the American manufacturer will recommend a buyer today.

Magna International is currently favorite in the eyes of Angela Merkel and several other German officials, with the Chancellor revealing last week that she could personally intervene in negotiations to support the Canadian - Austrian parts manufacturer. Furthermore, Deputy Economy Minister Jochen Homann yesterday said that Germany could provide even more money in case General Motors agrees to choose Magna as the new Opel owner.

"We could envisage making a loan available, then later agreeing precisely how the costs are to be shared out with the other European countries," Homann was quoted as saying by Reuters.

Still, General Motors favor RHJ, whose offer is said to be much more attractive and easier to implement.

"The bid from RHJI is completed and would represent a much simpler structure and would be easier to implement. It would require less monetary participation by the government and would keep our global alignments solid, while still creating an independent Opel/Vauxhall organization in Germany. This remains a reasonable and viable option to be considered as the very difficult issues around the Magna negotiations continue to be worked," John Smith, GM group vice president (and GM’s chief negotiator for the sale of Opel), said in late July.