4 US to Approve $1 Trillion to Boost Consumer Credit 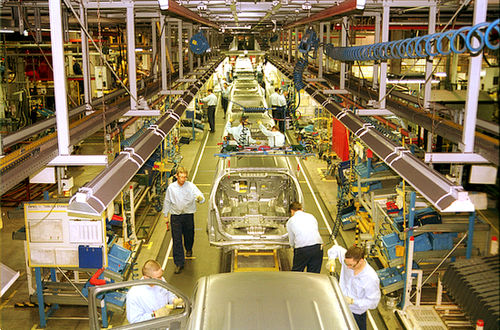 Following yesterday's announcement that the American automaker may close the doors of about 3 production facilities in the near future, General Motors today said the restructuring plan might continue with even more cost-cutting measures, including job layoffs at many of its European brands. GM Europe President Carl-Peter Forster said General Motors is ready for “unconventional and aggressive steps” to reduce costs across the continent but he hasn't mentioned the exact measures the company plans to apply to achieve this goal.

However, he did specify that the restructuring plan concerns the Opel and Vauxhall brands and may include various moves such as plant closures and job cuts.

"The current plan could include for the Opel/Vauxhall brand and the GM/Opel/Vauxhall subsidiaries mass dismissals and probably several plant closures. This would have disastrous consequences for the GM brands and companies in Europe,” Forster said according to Autonews.

Given the current market conditions and the continuous economic crisis, such cost-cutting measures seem to be the best solution to cope with the recession, despite the fact that they mostly rely of job layoffs and lowered production. However, General Motors says the company is keen to preserve jobs at all brands it owns and further talks with employee representatives should lead to the best decision the two parts could reach.

"The economic crisis and its severe impact in consumer confidence and purchase behavior will require GM Europe to take further restructuring measures, while trying to preserve as many jobs as possible. The management will continue to discuss with the employee representatives the best solutions to make GM more competitive in these very difficult times. So far, we have nothing to announce," GM said.