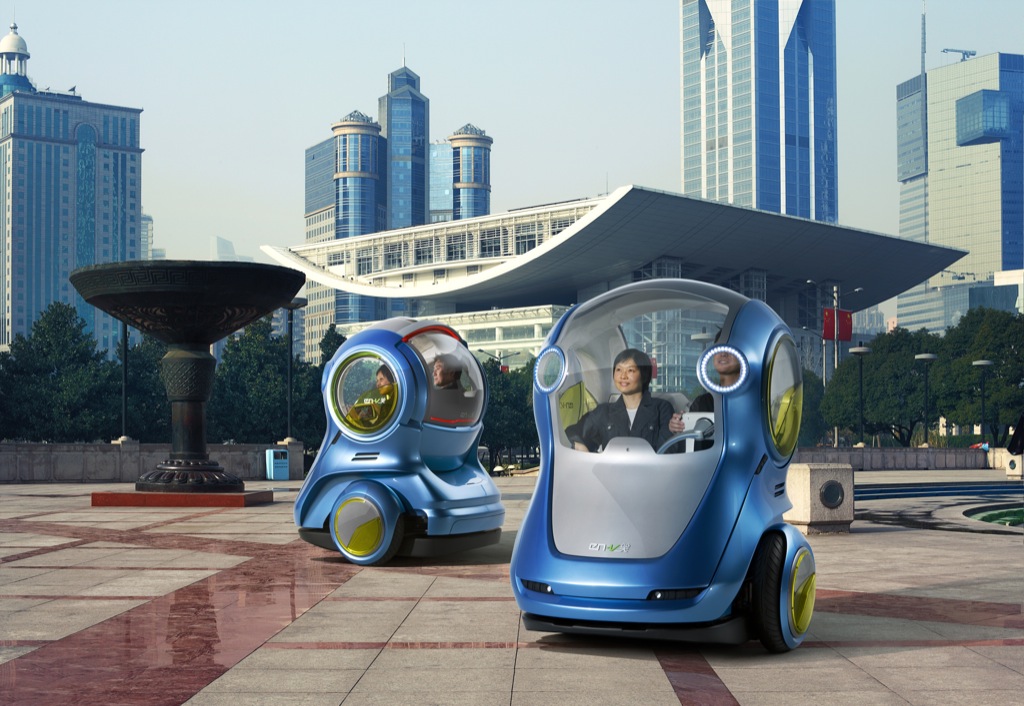 Crazy as it may look from the adjacent photo, the EN-V Concept from GM and Shanghai Automotive Industry Corp. (SAIC) may not be as much as a stretch as you might believe. Starting from the presumption that by 2030 some 60 percent of the world's population (estimated for the year at 8 billion) will live in urban areas, GM and SAIC began researching a means of transport which is smaller, more efficient and, why not, more useful than a regular-sized vehicle.

The EN-V will be, of course, an electric vehicle. Short for Electric Networked-Vehicle, the concept is the natural evolution of Project P.U.M.A. (Personal Urban Mobility and Accessibility) presented by GM and Segway back in April 2009.

EN-V has electric motors in each of its two driving-mode wheels, while dynamic stabilization is used to balance the vehicle, its 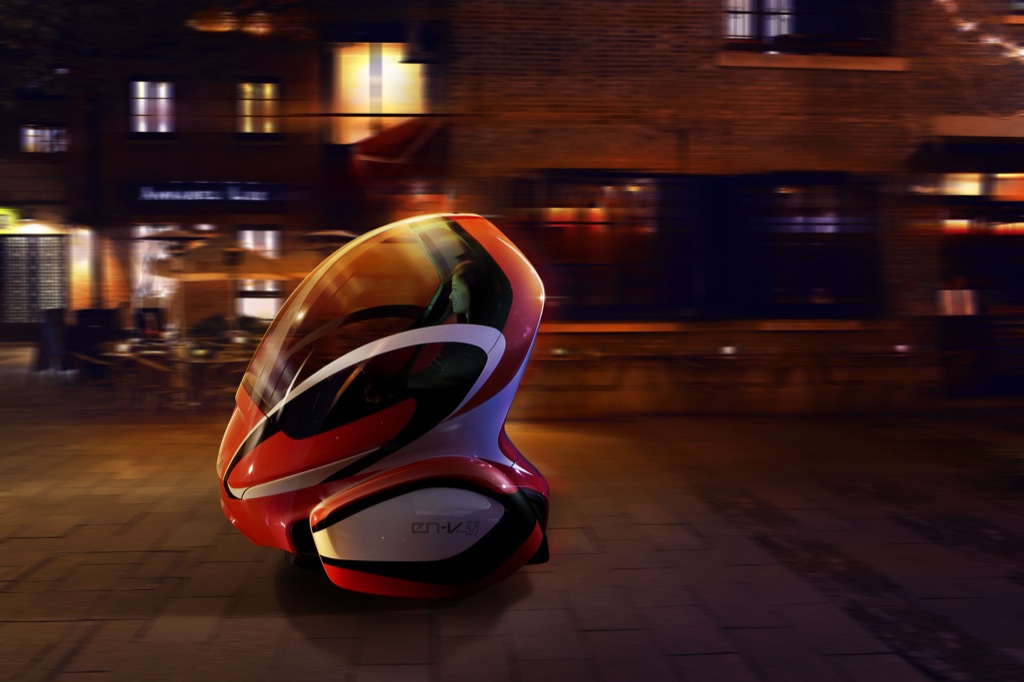 passengers and a small amount of cargo. It occupies a third of the space a traditional vehicle would occupy and it can "“turn on a dime” within its own operating envelope."

EN-V uses drive-by-wire technology, while the two motors are used both as an acceleration and as a braking means. They draw their power from lithium-ion batteries, which can be recharged from a conventional wall outlet. A full charge gives the concept a range of 40 km (25 miles).

The Networked in the concept's name was given because of its ability to communicate with GPS-based navigation, vehicle-to-vehicle communications and distance-sensing technologies to give it a unique ability: it can drive itself, without any input from the user. 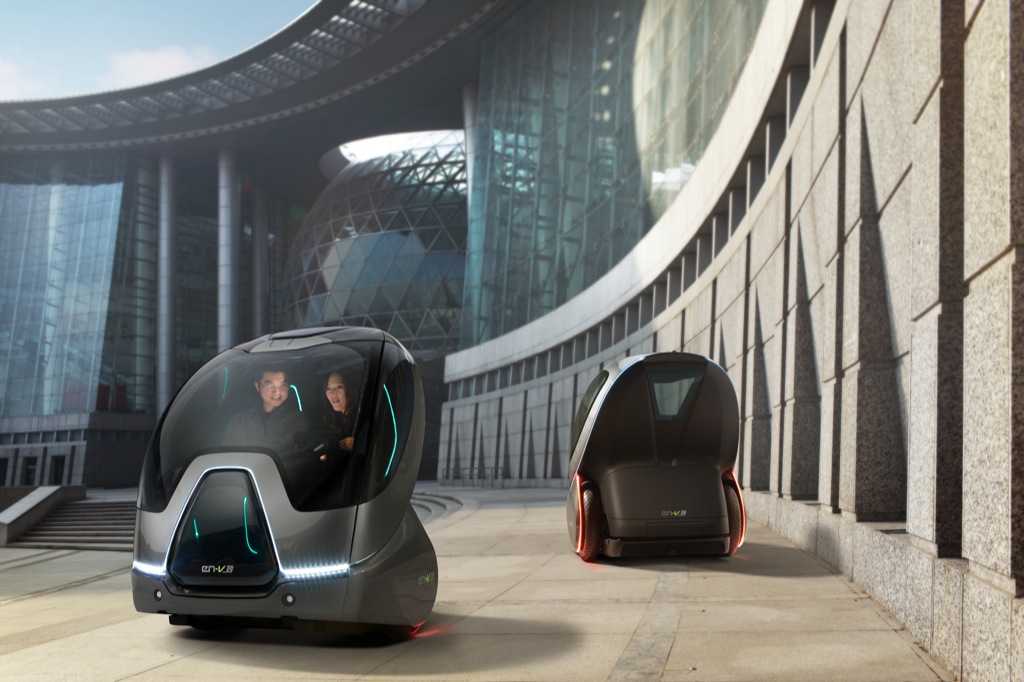 EN-V is made of carbon fiber, custom-tinted Lexan and acrylic materials, weighing less than 500 kilograms. Its size (1.5 meters in length) allows it to be ideal for use in densely populated cities.

"The future of how we move around in urban areas like Shanghai can combine the best of personal mobility and public transit.  There is a better solution and it is called EN-V.  It demonstrates that we have both the knowledge and the ability right now to create a way to move people that not only ensures a ‘better city’ but also offers people a ‘better life,’” Alan Taub, Global Vice President of GM Research and Development said in a release.

GM and SAIC created three versions of the EN-V, each in a different part of the world. Xiao (Laugh) was designed by GM Holden’s design team in Australia, the Jiao (Pride) was created by designers at GM Europe, while Miao (Magic) was designed at the General Motors Advanced Design Studio in the US state of California.