4 Buy a Vauxhall Van and Get Five Percent Cashback

GM Denies Is Requested Vauxhall Support in the UK 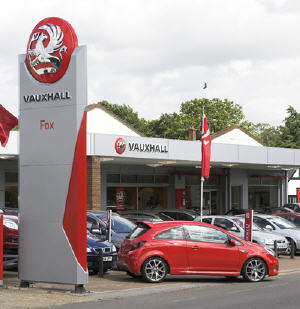 A recent media report issued by The Financial Times newspaper claimed General Motors requested around 600 million pound ($859 million) from the United Kingdom government to support its Vauxhall unit and continue operations at full speed. In a statement published today, the American giant denied the report, saying that negotiations regarding GM Europe (GME) "need to be resolved before it asks for specific financial aid", as Autonews wrote today.

"We've been having top level discussions with BERR about the GME viability plans. But we haven't yet gotten to the stage of what we need in the UK in terms of support," Denis Chick, GM's director of UK communications, was quoted as saying by the aforementioned source.

Back in February, GM Europe said it needed a 3.3 billion euros ($4.4 billion) in state support to help the German brand Opel and its United Kingdom offspring Vauxhall. The company was then asked to submit a survival plan for the German government but, due to some ambiguous terms, officials refused to grant the funding package.

"Once that plan in Germany has got down to its fine details... then we will bring that detailed plan to the UK government and talk about what potential aid we might need in the UK," Chick added on Wednesday, explaining that Vauxhall may request some funds after all in case the crisis is deepening the United Kingdom.

On the other hand, General Motors is facing difficult times in the United States too, as President Obama and his Task Force - responsible for supervising the restructuring process of the auto sector - asked Rick Wagoner to step aside as GM CEO. Meanwhile, the company is still seeking for money in the United States, a market in which it recorded the highest overall decline.