2 GM: We're Sorry for Disappointing You! 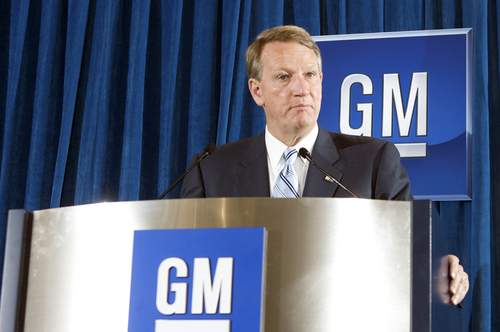 Following the White House administration’s announcement issued on Friday that US automakers will receive a $17.4 billion low-interest loan, General Motors Corporation is absolutely delighted with the decision and explains the agreement does nothing more than to save the Unites States economy. In a statement released to the press, GM says the bailout helps US companies preserve millions of jobs plus it allows GM, authorized dealerships and its supplier network continue operation during such difficult times.

Moreover, General Motors gave us a few hints regarding its short-term investment plans, revealing that using the government’s money the company plans to “dedicate to great products, exciting design and worldwide quality”, to show “full commitment to leading in energy-saving vehicles and technologies” and to “respond to the need of customers”.

As you can see, these plans look a bit different than GM’s initial intentions, especially regarding hybrid, environmentally-friendly and fuel-efficient engines, so it may seem like the government’s efforts brought positive results.

“We know we have much work in front of us to accomplish our plan. It is our intention to continue to be transparent as we execute our plan, and we will provide regular updates on our progress. We again thank the Administration for this important support of our industry at this challenging time, and we look forward to proving what American ingenuity can achieve,” GM said in the statement.

The Detroit 3, particularly General Motors,  urged the United States in October to provide financial support for its domestic operations the company “may run out of cash very soon”, with an appalling deadline set for January 2009. While the US Senate put negotiations on hold due to a couple of conditions imposed to the Detroit 3, the White House administration approved on Friday a $17.4 billion loan package for GM and Chrysler (Ford canceled negotiations, saying that it has the ability to remain on the market by its own).