1 Opel Workers to Support Belgians
Up Next 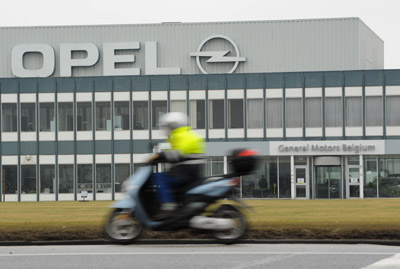 Magna has been chosen to be Opel's new owner and, under its umbrella, the German brand is expected to cut thousands of jobs at several plants around the world, including those in Germany. But the plant in Antwerp, Belgium is a particular case that worries all parties involved in the deal. Rumors surrounding Magna hinted that the Canadian - Austrian partsmaker is aiming to close the factory entirely, although some official gave assurances that the company will rely only on job layoffs.

Speaking at the Frankfurt Auto Show, GM CEO Fritz Henderson confirmed that the Antwerp plant is at risk, but he refused to provide more details on what could happen to the Belgian facility that currently employees 2,400 blue collar workers.

"That plant has been under evaluation for some time; no final decision has been taken. But it's certainly at risk," he said.

Henderson also confirmed that both GM and Magna want to complete the deal by early October and turn Opel into a profitable company by 2011.

"We want this deal to close. We want Opel to succeed - period. There is no call option. There is no put option. So they can't force us to buy and we can't force them to sell. But if they want to sell, we have the right to make an offer," he said.