In the fast-paced world of social media opportunities, whenever someone isn’t busy doing a marketing stunt for the company sharing big financial ties with their own outlet, it’s probably obvious they just want to have some plain old fun. Naturally, the action also has something to do with the brand they’re supporting.
52 photos

Case in point, “fun-haver” Vaughn Gittin Jr., who seems to have taken most of the social media mantle from his long-time friend Ken Block after the latter severed years-long ties with Ford. While Gittin Jr. had long shared a meaningful connection with the Blue Oval, it’s pretty much obvious he’s become the lead act as of late.

So, whenever he’s not busy showcasing his company’s new Bronco RTR or indulging in all sorts of adventures with the official 2021 Ford Bronco builds (conquering the notorious Hell's Revenge, for example), Gittin Jr. is having fun... with more Fords.

More precisely, his own 450-hp Coyote-swapped 1969 Mustang RTR-X. And because it’s always better to share the good time with someone else, he also has Joey Logano along for the ride, and the latter brings his 1935 Factory Five FR9 Ford, a mind-boggling hot rod sporting no less than 850 horsepower.

Not that anyone would need a serious reason for the two getting together and ripping the tires for some great sideways action, but they’ve actually set up the road course for a quick and utterly cinematic Touge battle (a type of Japanese-invented race where drivers go out in pairs on twisty roads).

This is probably a nice extension of a previous encounter they had around a month ago. The duo then had some practice in and around the RTR lab before going out for some awesome backroad drifting and checking out a historic NASCAR racetrack. No worries, we have that action embedded below as well, just in case anyone missed it the first time. 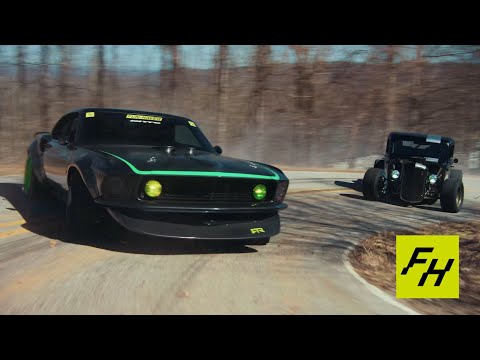 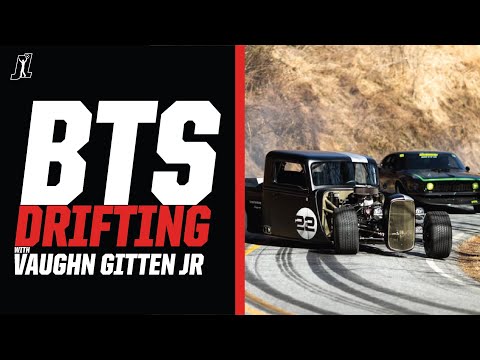 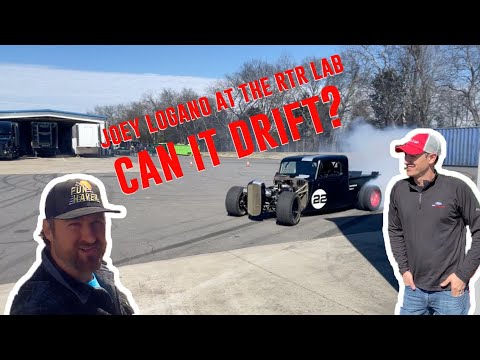