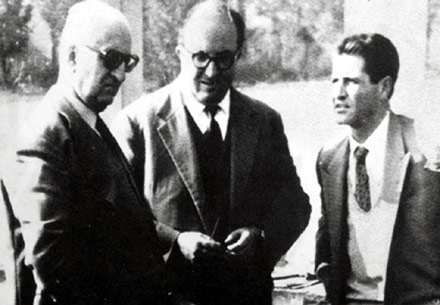 Following a life of test driving, engineering and ultimately car making, Bizzarrini is one of the greatest men to have ever stepped into the automotive racing world. “I am not a designer, I am a worker” is Giotto Bizzarrini's personal motto, words to which he abides even today. Of course an Italian, he was born from a wealthy family in Quercianella of the Livorno province in Tuscany, which coincidentally had been a breeder of engineers for generations. After World War II ended, Giotto continued the family tradition by going to the University of Pisa to become a mechanical engineer.

In his final year at the university he redesigned a used Fiat Topolino from scratch for his design thesis. By modifying the engine for more power and moving it further back in order to provide optimal weight distribution, young Giotto managed to impress his professors so he graduated with the highest marks. After graduation he managed to get a job at Alfa Romeo under chief engineer Orazio Satta, but it wasn't exactly his dream since he had been assigned to chassis design instead of the engine department as he had hoped. There he made and became good friends with Carlo Chiti, whom he would later persuade to follow him at Ferrari. After moving to the experimental department he wanted to improve his expertise by doing his own test-driving.

After a short learning tuition from Alfa Romeo Grand Prix racing drivers Giovanbattista Guidotti and Consalvo Sanesi, Giotto had been taught what he needed to achieve his aspiration. "I became a test driver who coincidentally was also an engineer, with mathematical principles. I always need to know why something fails, so I can invent a solution." After becoming an even better engineer thanks to the newly acquired skills, he received his first major break in 1957, when a cousin was informing him by phone of another job-opportunity.

Bizzarrini's cousin was good friends with Ferrari's chief engineer at the time, who let transpire the fact that Enzo needed a new test-driver with engineering skills. After jumping at the opportunity and bringing Carlo Chiti with him from Alfa, in just a few months he was given unrestricted freedom in modifying anything related to the Ferrari Formula One cars. Together with his friend Chiti he worked on the Testa Rossa's V12 and on the 250 SWB. After a pretty good re-work of the cars' dynamics he did the same to the 250 Spider California and the GT 250. None of these cars managed to show his incredible abilities as his masterful work with Ferrari's 250 GTO though. 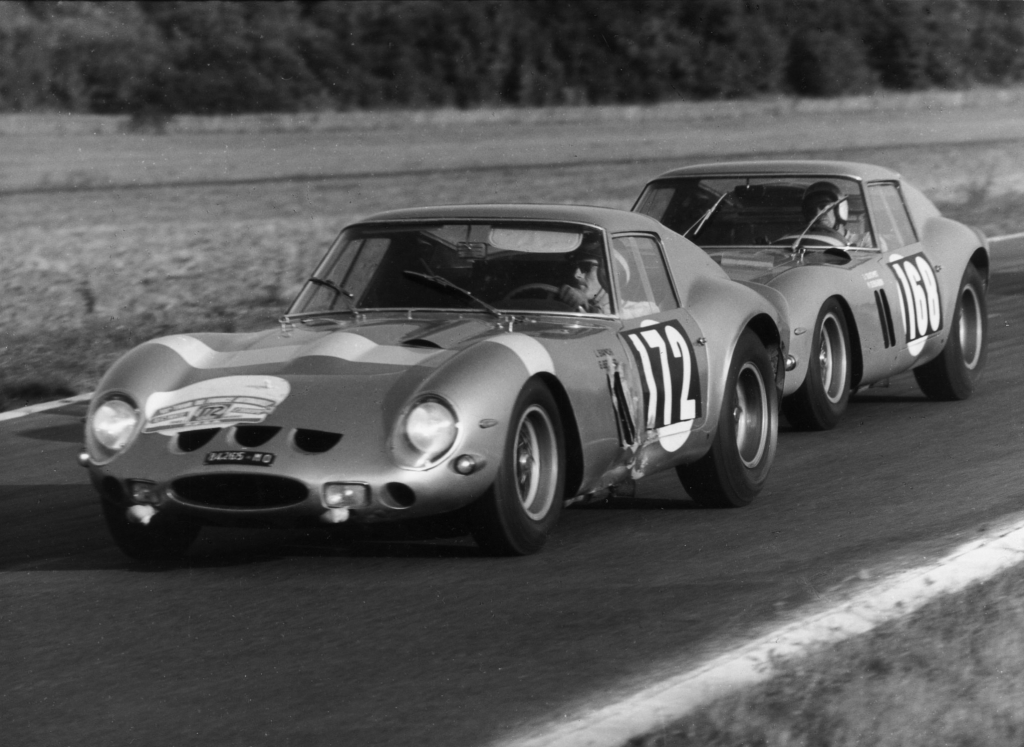 In 1961, after being hand-picked by Enzo himself along with two others (all of them being outside of the usual circle of development engineers), Giotto was instructed to avenge Ferrari's defeat at the 1959 LeMans by making extensive modifications to the 250 with short wheelbase. The team managed to lower the centre of gravity and move the engine further back, behind the front axle, essentially transforming the model into a front mid-engined car. The almost finished product looked nothing close to beautiful, since its form followed function.

"Enzo appeared every day to check progress and crack the whip. The car was ugly. I'm no designer, I'm an engineer. The panels were beaten into shape by hand, and fastened with screws. We dubbed the car Il Mostro." Bizzarrini recalls. After trial testing at Monza, both Stirling Moss and Willy Mairese were several seconds faster per lap with the new model though.

In November 1961, disaster struck at Ferrari. Enzo's vigorous personality had played well for his company for almost two decades, but when he succumbed to a stressing situation with his typical authority, heads rolled. Also known as “The Great walkout”, it caught Giotto in the storm. Internal tensions in the company led to the dismissal of long-time sales manager Girolamo Gardini, Scuderia Ferrari manager Romolo Tavoni, chief engineer Carlo Chiti and Giotto Bizzarrini, who at the time was chief of racing cars development.

Soon after their dismissal, Tavoni, Chiti and Bizzarrini (with funding from Count Giovanni Volpi) founded ATS (Automobili Turismo e Sport). By working on a mid-engine sports car, their aim was to avenge their dismissal and eventually challenge their ex-employer both on and off the track. Personal disputes between Carlo Chiti and Bizzarrini (one wanting a V8 for the car, while the other a V12) led to a rupture between the two sides and eventually to ATS's precocious end. Count Volpi was also the owner of the Scuderia Serenissima racing team, which was a long-time Ferrari client.

In 1962 he hired Bizzarrini to upgrade a Ferrari 250 GT SWB to the specifications of the GTO. Enzo was upset with Volpi since he had given funding to the ex-Ferrari employees and refused to sell him a GTO, so the count had to acquire a second hand one. Bizzarrini applied all the ideas from the GTO but also added some more, including in the aerodynamic area. Using the Kamm aerodynamic theory, the car's original shape gave her also an original nickname: the Ferrari Breadvan. Completed in just two weeks, the car had raced with some success but couldn't match the factory GTO because it lacked a five speed gearbox, still using the four-speed one from the old 250 GT SWB instead.

In that same year, Giotto Bizzarrini founded Societa Autostar, which was an engineering firm through which he would handle freelance engineering projects. In the meantime, he had helped design the engine of the 1000 GT for ASA (Autocostruzioni Societa per Azioni), which was actually a rejected “baby Ferrari” design from before, the car becoming known as “Ferrarina”. Coincidence made Giotto meet another Ferrari-foe by the name of Ferrucio Lamborghini, who was out to build a V12 for a production car that was also to beat Ferraris. Probably one of his greatest triumphs, the 3.5 liter V12 that Bizzarrini designed for Lamborghini has a basic layout which is still used by the current Lamborghini Murcielago LP 640. 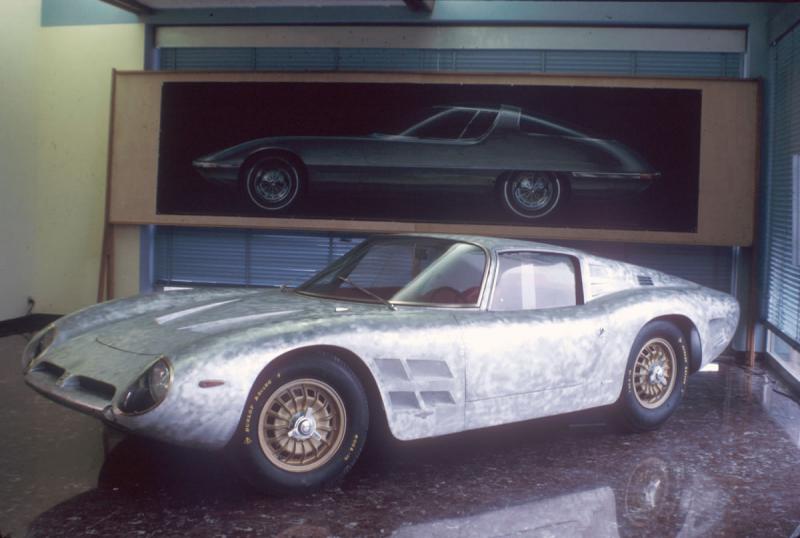 Following this, Bizzarrini came in connection with Renzo Rivolta, a wealthy industrialist which also wanted to make a GT for the road. The first result was the Bertone-penned and Corvette-engined Iso Rivolta GT 2+2. After a second successful model for Rivolta, the Iso Grifo, Bizzarrini's name became permanently scribbled in the annals of exotic sports car history. Rivolta only wanted to make production cars and Bizzarrini's dream was still about racing, but in the end Renzo succumbed to the engineer's wishes and gave him a rolling chassis to work on.

Bizzarrini immediately began work on the Grifo A3/C (with the “C” for “corsa”, meaning “competition”) in his own Autostar factory in the Livorno province, while the design was carried by Girgetto Giugiaro himself, who was Bertone's chief designer at the time. The car wasn't completely ready for its Turin Motor Show debut in 1963, so it was exhibited in its unpainted aluminium body. The car also had a road version called the A3/L (“L” for “Lusso”, meaning “luxury”), which was shown at the Bertone stand. Becoming a car manufacturer of name and fame, Giotto renamed his company from Autostar to Prototipi Bizzarrini in early 1964.

Although some design changes had to be made to the concept, Rivolta concentrated on getting the Grifo A3/L ready for production. The car suffered a small facelift which took out some of its aggression but turned it into one of the most beautiful Gran Turismo supercars ever to be made. Meanwhile, Bizzarrini was trying to promote the A3/C, thus sparkling some tension between the two. The A3/Lusso was being manufactured at Bresso while the A3/Corsa at Piero Drogo’s Sports Cars of Modena, under Bizzarrini's direct supervision. Only 22 examples of the Bizzarrini Grifo A3/C were constructed before a disagreement between Rivolta and Bizzarrini put an end to their cooperation in 1965.

Giotto refined the A3/C, which eventually would turn into his now famous line consisting of the Bizzarrini 5300 Strada and the 5300 Corsa. A year later he introduced the 1900 “Europa”, which was a scaled down version with either an Opel or an Alfa Romeo engine, of which only 17 examples where ever built. The rarest Bizzarrini car was the Barchetta version of the Europa though, the P538, only three units having been ever built. A little over 150 5300 Stradas and Corsas were manufactured before Prototipi Bizzarrini went bankrupt in 1969. Unfortunately, this is how the story of Bizzarrini as a car manufacturer ended, without achieving the cult-status of Ferrari or even of the man who he helped battle Ferrari, Ferrucio Lamborghini.