1 A Fully-Functional Bicycle Made of Concrete Is a Thing That Exists, and It’s Awesome

2 Trek's 2023 Allant+ 8S "Monstrosities" Are Primed and Ready To Replace Your Car, Sometimes

5 The Benno Boost Is a Versatile Utility E-Bike With a Bunch of Customization Options
Car video reviews:
Coverstory

The electrification of our lives has been underway for some time now. Well, we see all sorts of machines powered by motors and batteries, and one such creature is Giant's Revolt E+, an electrified version based on an already fantastic bicycle.

Folks, the Revolt is a lineup of bicycles from Giant designed to destroy road, gravel, and trail paths like few others around. I say few others around because of the history that Giant brings. Heck, they've been around since 1972, making them one of the crews you should keep an eye on if you're looking for a fresh cycle.

As for the E+ version, it's the sort of bicycle that critics and cyclists are placing relatively high on the pedestal, and so I felt it's a good idea to tell you all about what's in store for those who want a two-wheeler that unlocks grander adventures.

Now, the Revolt is considered a gravel crusher, and this means a certain geometry, handling, and even experience. Gravel bikes are growing in popularity because of their ability to handle an array of terrains. They also achieve this with speed, comfort, and lots of adrenaline. After all, flying downhill at 25-30 mph (40-56 kph), sometimes more, all the while holding your footing against ever-shifting rocks and pebbles, is more than enough to make that adrenal gland start pumping.

However, that's something that most gravel bikes offer, so what makes the E+ so special? Obviously, it's the electronics, but Giant also seems to have played around with several configurations before throwing on a SyncDrive Pro motor and a 500-watt-hour integrated and removable battery, which, mind you, allows this bugger to attain a range as high as 99 miles (160 kilometers) in ideal conditions. That's huge! Oh, and a range extender is also suitable for the setup.

As I explored more of what the Revolt E+ offers, I realized that Shimano is the powerhouse behind all the gear ratios and how your power is transmitted into the ground. However, not only is the drivetrain covered by the timeless manufacturer, but even the motor I mentioned is basically a Shimano EP8.

Another reason why gravel machines have been growing in popularity (aside from marketing) is due to their innate ability to carry extra gear and cargo. To do so, two-wheelers of this species are typically tattered with countless mounts to allow for rear cargo racks, frame-mounted cages and bags, and fenders to keep you clean in case you encounter mud or keep debris from hitting you and your bike. Guess what? The E+ features plenty of mounts for your adventure ideas. Just imagine riding for a few hours, camping out under the stars for the night, and the next morning, it's back on the road again.

I'll admit, I've never ridden this two-wheeling EV, and until I do, all I can do is watch the little video below. As I did, I noticed the gentleman riding the E+ is taking on quite the journey, including gunning it through flowing streams. But wait, isn't this thing electric? It sure is, but then again, you're paying around $5,500 (€5,558 at current exchange rates) or more for a reason. You don't have to worry about that stuff.

At the end of the day, I looked for an E+ in my neighborhood and couldn't find one at any local dealers. Maybe you have better luck, and if you do, drop a message with how the experience may be. Until then, ride safe and always wear a helmet. 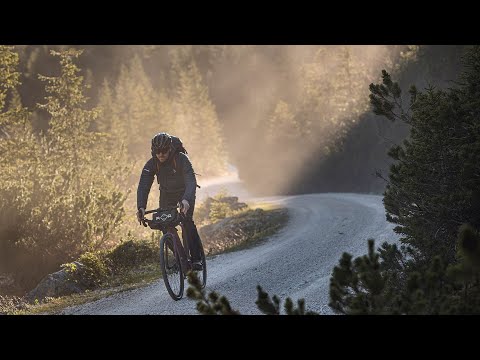