3 “MINI Liquids Assets” Game for iPhone and iPod
Car video reviews:
Up Next

Get Wet With the Mini Cabrio 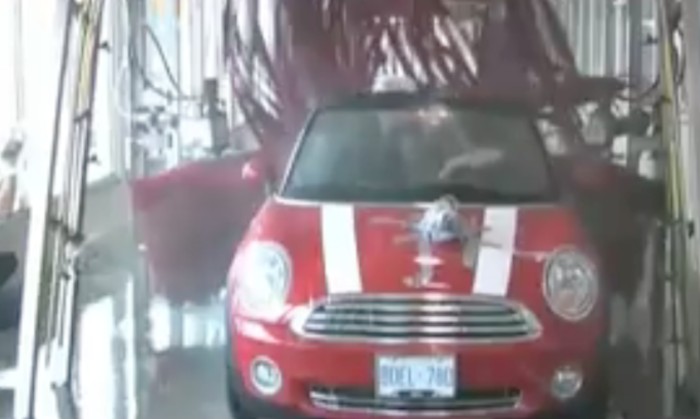 When you happen to be the lucky owner of a Mini Cooper S Cabrio, all sort of crazy things might cross your mind, including having it washed with you inside while the roof is down.

At first glance it might look like a joke but in fact we're speaking about a Mini viral promoting its Cabrio in a truly odd manner. So here it goes...

Three young males got into the Mini Cabrio, opened the top and then rushed to the nearest car wash, obviously to have some innocent fun as the vehicle is quite clean at the beginning of the video. Certainly such an experience deserved to be shown to the whole world, so our guys took  their cameras and filmed the entire event. Next, both them and the car had a complete shower and a lot of fun.

After the bath, they drove away all wet, probably heading to another entertainment target. The key of the video is, however, to see how reliable the Mini Cabrio is even after a shower like that. At the end of the viral, Mini reminds us that the Cabrio is always open... as if it wasn't obvious already.

We have no intention of being the devil's advocates as we surely imagine the real pleasure of driving a Mini Cabrio is derived from traveling with the roof down. Otherwise, we wouldn't see the point of driving a convertible vehicle. Although for a test-drive, we wouldn't try a car wash like this. That's for sure!

But until we get the chance to test-drive a convertible, we can but admire the Cabrio's performance. Its 1.6-litre four-cylinder with a Twin-Scroll turbocharger and direct fuel injection delivering 128 kW at an engine speed of 5,500 rpm certainly make the Cabrio a true driving challenge.