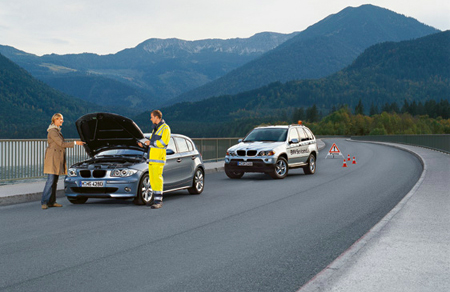 It’s now time to bite the bullet for most major automakers operating on the European market, as the result of the 2010 ADAC Reliability Survey (Pannenstatistik) are in. Reliability is the main concern for most car buyers, and for obvious reasons - for such a large investment, the car better start up and take you where you need to go, because that is what it’s meant for in the end.

It’s clear that manufacturer’s claims for perfect reliability are somewhat untrue, but the bottom line is that some models and companies fared better then others. So let’s get right into it!

The Toyota Aygo came first in its class, followed surprisingly by the Fiat 500. The Japanese car’s European brothers and sisters, the Peugeot 107 and Citroen C1, came third and sixth respectively.

Meanwhile, BMW AG fared exceptionally well, as the X3 crossover, 1-Series and MINI all came first in their respective segments. In the end, the group had a car placed first or second in every segment it was represented. Mercedes and Audi also did well, as came fist, ahead of the BMW 5-Series and its A6.

One of the most influential surveys out there, the ADAC study is based on complaints received from owners of the models, who requested interventions from the club’s specialists. To be considered for the reliability survey, a vehicle must have been on sale at least three years in Germany and in at least one of those years it must have sold over 10,000 units. Total sales on the market must also have passed the 50,000 units mark. ADAC has over 17 million members that own a combined 27 million vehicles, so the result should be relevant.