1 George Michael Gets License Back, Drives a Ferrari
Coverstory 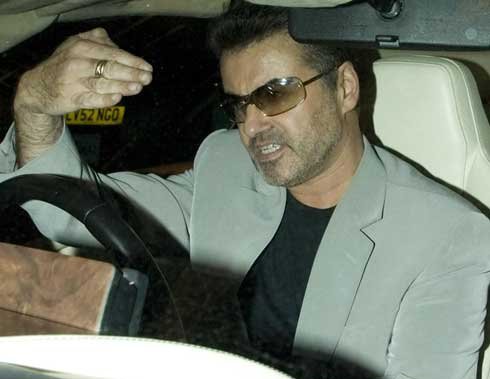 Just two months after he got his license back, pop singer George Michael has been involved in a car accident in UK, crashing into a lorry on the A34 in Berkshire. Michael was just few steps away from losing his license again, as moments after the incident he was arrested under suspicion of driving under the influence.

The police officers took the 46-year-old singer to the police station after he took a breath test at the scene and held him there for about five hours before releasing him without a charge. Though both drivers escaped with no injuries, the driver of the lorry, Laurie Rowe, said the impact was so hard that he feared that Michael was dead.

Mr Rowe said that with seconds before the impact he saw the silver Range Rover in his rearview mirror as it was moving from one side of the road to the other. The crash followed soon, as Michael’s £60,000 ($99,000) silver Range Rover hit the lorry in the back.

“He hit me so hard that it knocked my rear axle two feet up in the air. When I stopped the lorry and got out to see what had happened, I didn't think he would have survived.” Mr Rowe said. “He seemed completely disorientated, like he had no idea what was going on. He looked totally dazed and even tried to climb into the cab of my lorry. He kept saying he was worried he would go to jail,” he added.

According to the Daily Mail, a spokesman for Michael referred to his arrest as ‘rubbish’, but refused to comment any further.

As we said, two years ago, the singer got banned from driving after a DUI sentence. Though his blood tests showed a cocktail of drugs including an antidepressant, sleeping pill, cannabis and an illegal dance club drug, he was released on bail only for charges of being unfit to drive due to ‘tiredness’ and use of ‘prescription drugs’.