4 1964 Pontiac Banshee Prototype Up for Grabs on eBay 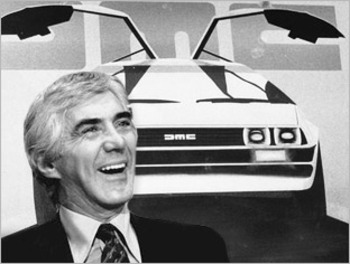 The Auto Prince, the Detroit dream merchant, a man of humble origins who rose to become one of the iconic engineers trading work place for work place in the crowded Detroit of the Big Three. His name was John Zachary DeLorean. His legacy, the Pontiac GTO, the Gran Turismo Omologato held responsible for giving birth to an entirely new breed of vehicles: the muscle cars.

DeLorean died in 2005, leaving behind a name known more for what is considered to be one of the ugliest cars of all time, the DeLorean DMC-12, than for the Pontiac GTO. The crowds, not being familiar with the muscle car ancestor and mesmerized by the performances as a time machine of the DMC-12 in “Back to the Future,” thought that was all there was about DeLorean.

Now, Hollywood plans to set the record straight. A biography is currently being planned and, according to Forbes, former ER doctor George Clooney has the biggest chance at filling the shoes of the engineer.

The information is limited at this point, but what is known is that, if produced, the movie will focus on the years spent by DeLorean at General Motors, on the creation of the Firebird and GTO, as well as the inception of the DMC-12. On the personal level, the movie will highlight DeLorean's arrest in 1982 on drug-related charges and the downfall of his company soon after that.
.
According to Stephen Wynne, head of DeLorean Motor Company, Clooney is at the top of the list of actors to play the founder.