3 Chinese Clones - The Story of Soulless and Affordable Cars

4 World Records – The Longest Sea Bridge in the World

5 Just for Laughs - Women Behind the Wheel
Car video reviews:
Up Next

2015 Chevy Camaro Imagined: Is It a Batmobile?

We all obey speed limits, that’s for sure, or better said, most of us do because speed tickets are something that we’re not strangers to. But speed limits make sense in a word where performance is losing ground in the battle against efficiency, although a bunch of carmakers manage to achieve astonishing performance figures with just a drop of fuel.

Gentlemen’s Agreement: Not So Fast, Sir!

Chances are that you have already heard of the Autobahn, the drivers’ paradise where everybody can push cars to the superior speed limit without being afraid that cops will hunt them down.

But have you ever wondered how come Autobahn is the only road in the world without a speed limit? No, we’re not going to talk about the Autobahn, but about a matter that’s much more important nowadays: the so-called “gentlemen’s agreement”.

If this doesn’t ring any bell to you, then read the following paragraphs because the way a gentlemen’s agreement can step into the automotive world is absolutely captivating. If it does, then feel free to comment in the box after the jump and let us know whether you think that it’s a good idea to see such an agreement coming to an end. Did we say “end”? Well… yes, so let’s see what the gentlemen’s agreement is all about. 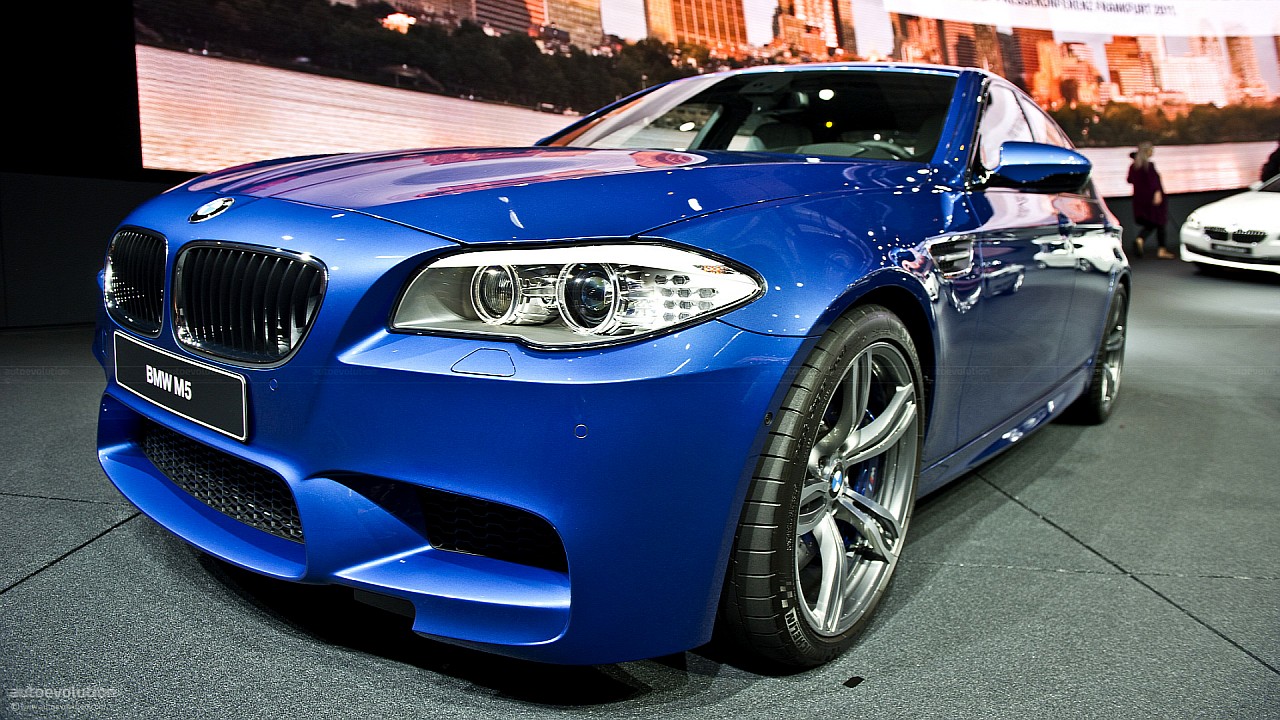 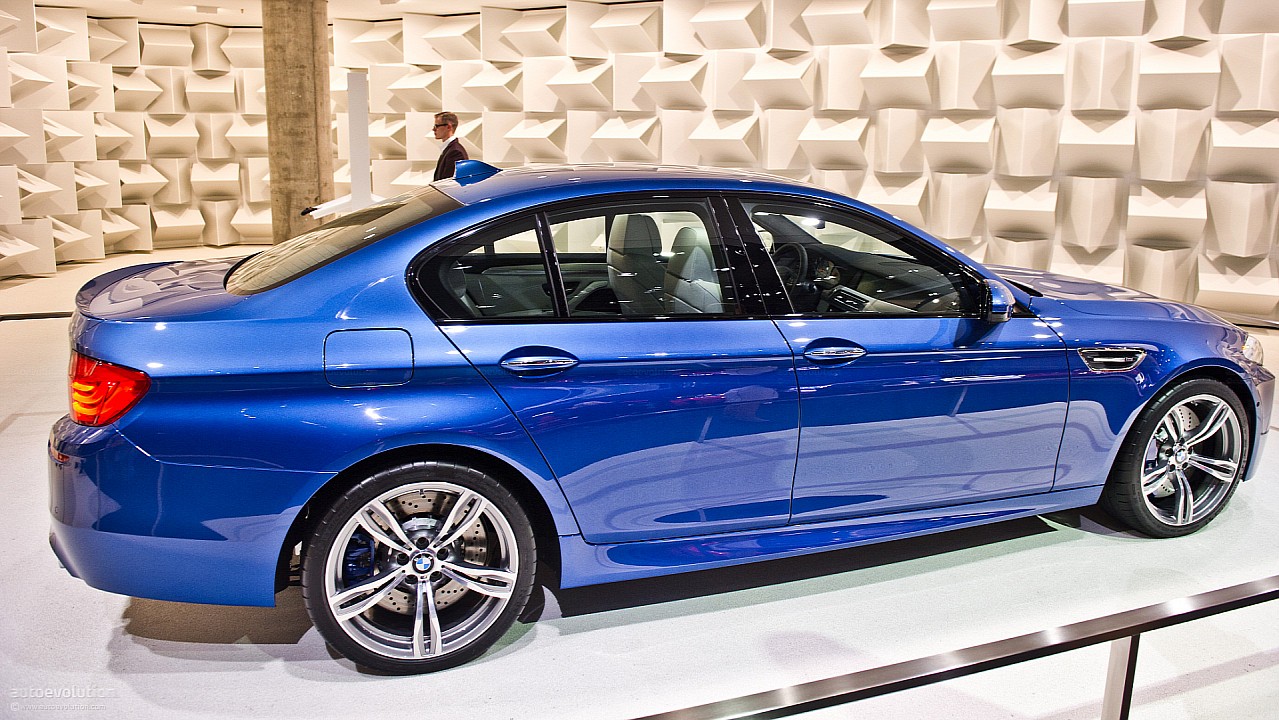 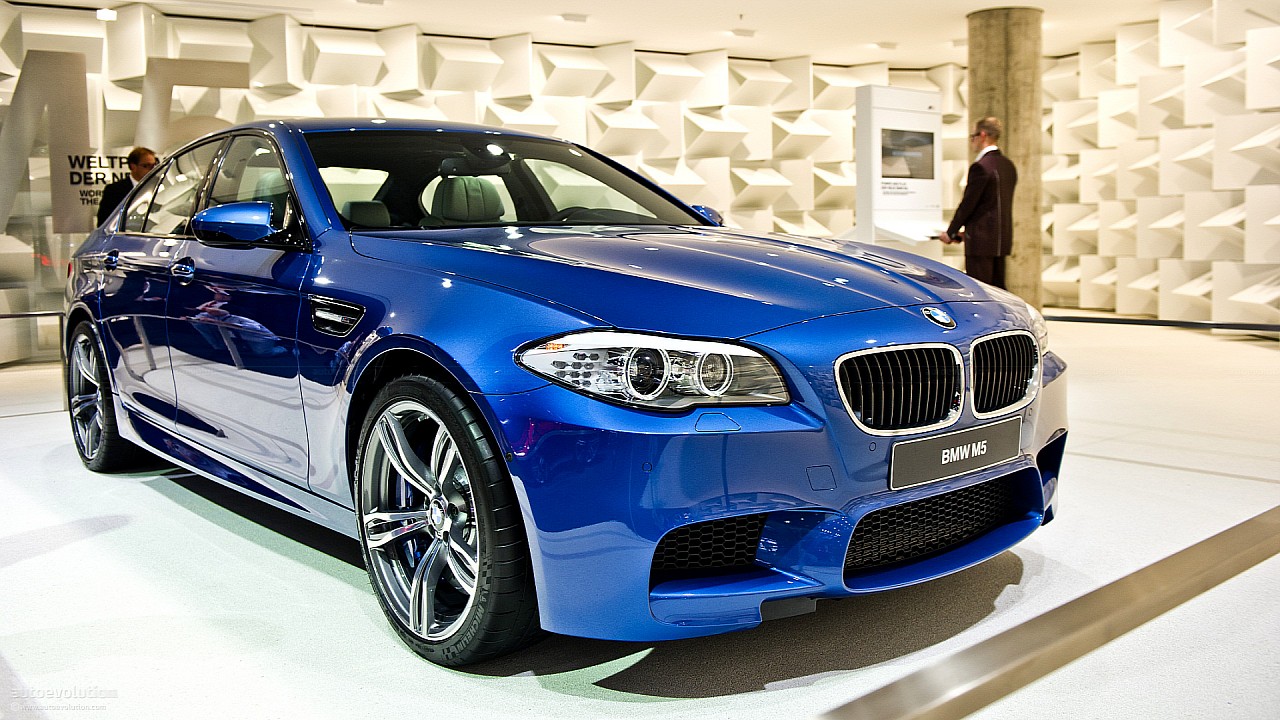 The new BMW M5, which was officially launched at the 2011 Frankfurt Motor Show, is fitted with a 4.4-liter twin turbo V8 engine that develops 560 horsepower. The car goes from naught to sixty-two in 4.4 seconds, while the maximum speed, without an electronic limiter, reaches 305 km/h (190 mph).

This being said, a gentlemen’s agreement is nothing more than an informal agreement between two or more parties, be they companies, organization, authorities, countries or simply people. It usually has only one more requirement, but it’s considered beneficial to each and every involved party.

So what’s the connection with the automotive industry? you may ask. Well, a long time ago, three of the most important German car manufacturers reached a gentlemen’s agreement to limit the maximum speed of all their cars to 250 km/h (155 mph).

The idea behind such an agreement was pretty simple. Since drivers had no speed limit on some Autobahn segments, car manufacturers decided to impose their very own limit and thus reduce the risks of fatal collisions. That’s the official version however, because it was more like a move aimed at German politicians who asked for speed regulations which could only upset drivers willing to get the most out of their performance cars. 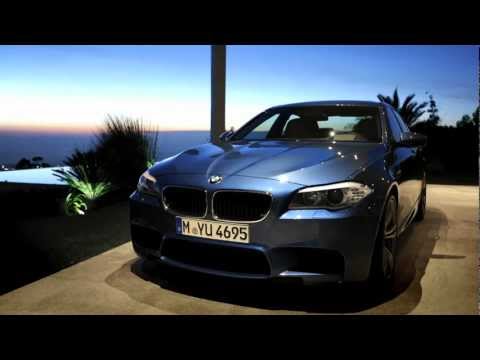 Although it's insanely powerful, the new M5 is much more environmentally-friendly. The new 4.4 liter unit that replaces the previous naturally-aspirated 5.0-liter V10 reaches a fuel consumption figure of 9.9 l/100 km (23.8 mpg).

With no speed limit on Autobahn, drivers were more than willing to squeeze every drop of performance out of their new vehicles, so it was either the German government or the manufacturer the one that had to set a speed limit. Carmakers went for the latter option, more to keep Autobahn as the road with no speed limit, but at the same time keep customers on the safe side.

What’s more, such a move didn’t change people’s views over the matter. It was more like “here you go, you have the Autobahn, drive as fast as you can, but not faster than 250 km/h (155 mph)!”. This is one of the reasons why the Autobahn is still the no-speed limit road!

Getting back to our gentlemen’s agreement, three important names in the German automotive industry agreed to limit their cars to a maximum of 250 km/h: BMW, Audi and Mercedes-Benz. That doesn’t mean that their cars can't go faster than this, most of their cars actually do it anyway, only that the three companies agreed to show some respect to each other and keep things on the safe side.

Imagine that the lack of such an agreement could have serious consequences over the German automotive industry. Competition is in most cases very good for the entire market, but in this case it could lead to insane speeds that, in the end, affected all of us.

Of course, a speed limit of 250 km/h (155 mph) has many more reasons and one of the most important is actually the price. A car capable to go faster requires proper tires, special aerodynamic adjustments, a different suspension setup and many other changes that could increase the final price. 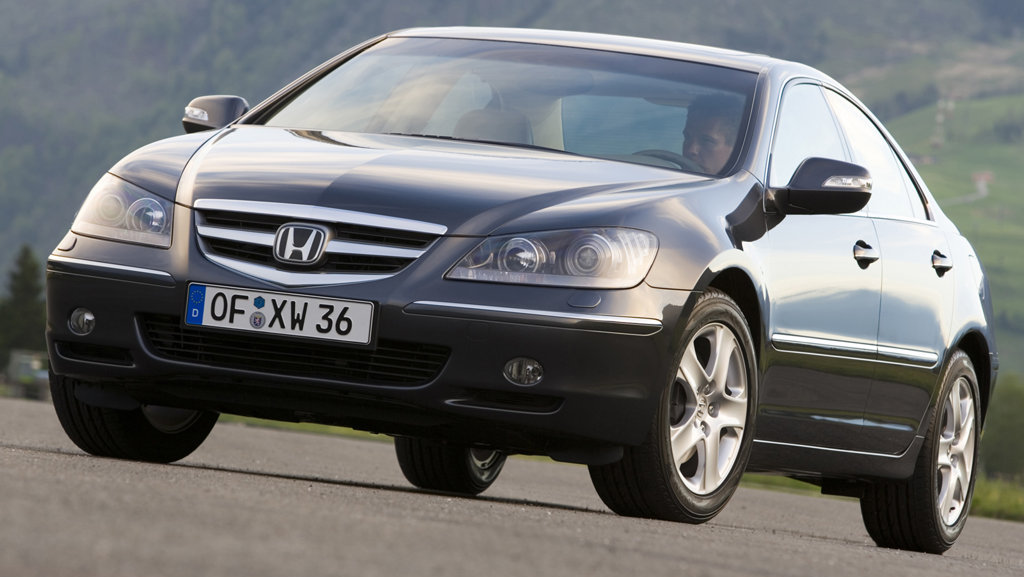 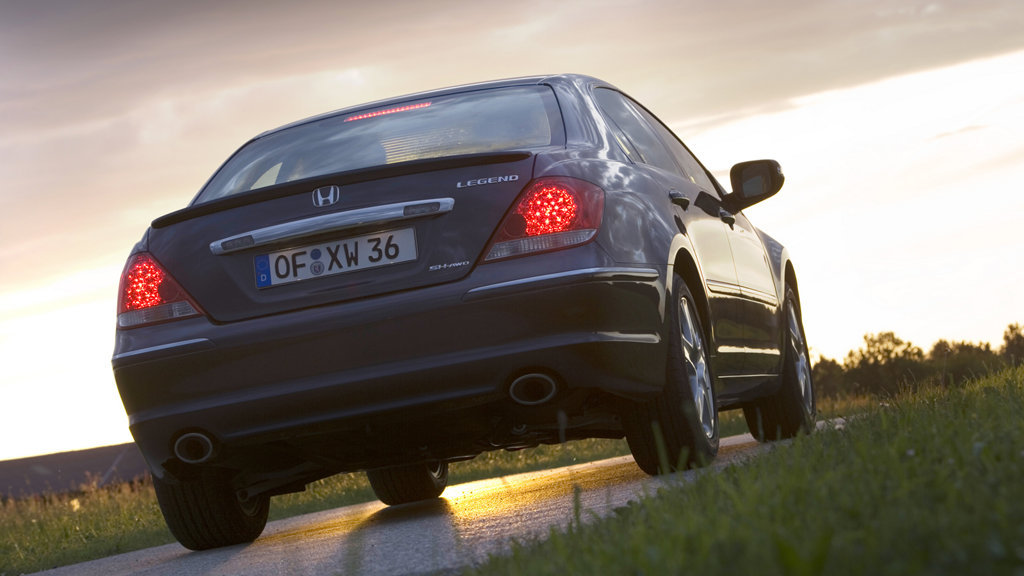 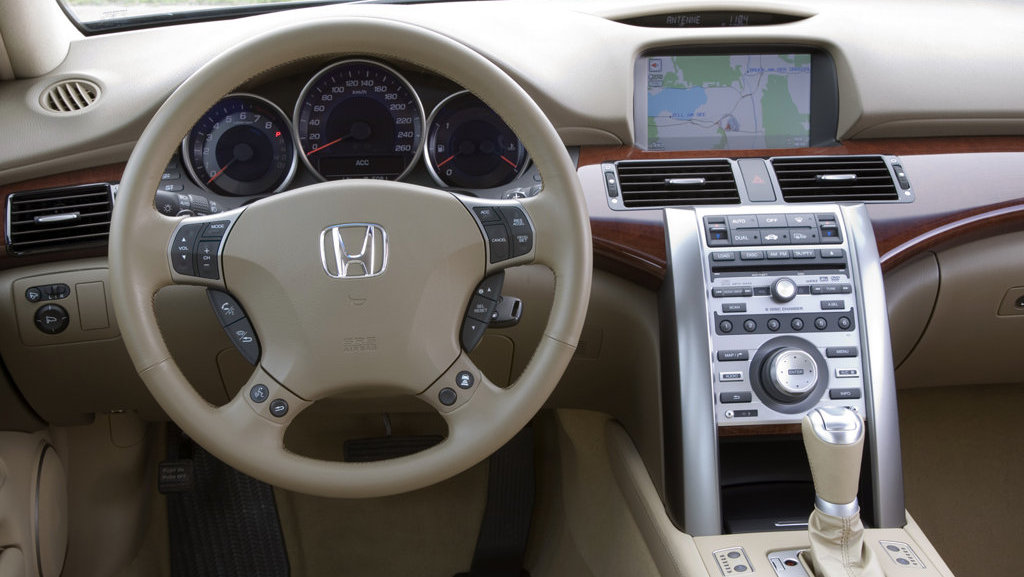 Last but not least, it’s all about fuel consumption nowadays, so keeping things under control is also a way to burn less fuel. That’s what the German officials also believe, but we’ll talk about that a bit later.

Although the three main competitors agreed to limit their cars to 250 km/h, the need for greater sales made some of them to break the pact and release models capable to go much faster.

While some even released vehicles that go beyond the mentioned limit, Audi adopted a different strategy: it launched cars that were electronically-limited to 250 km/h, but clearly mentioned in the press release that every driver that removes the restriction could go up to 303 km/h (188 mph), as it’s the case of RS6 plus Sport. This means that the vehicle could go from 0 to 100 km/h (62 mph) in just 4.5 seconds!

Interestingly, Japan had its very own gentlemen’s agreement when it comes to cars. Local manufacturers agreed in 1989 to limit the maximum output of new vehicles to 276 horsepower, especially because nobody needed faster cars since the country’s speed limit was 100 km/h (62 mph). It only lasted till October 2004 however when Honda officially launched its new Legend equipped with a 3.5-liter V6 engine capable of producing 300 horsepower.

This is the Acura RL, which is actually the US version of the Honda Legend. The car was equipped with several safety systems, which is more like a living proof that increased power isn't so dangerous after all.

Tuners however often remove the speed limiters too, mostly as part of expensive performance packages supposed to get the most out of high-performance engines. A simple search on Google however proves you that removing the 250 km/h (155 mph) speed limit can be done either at home or easier by professional for a few hundred euros.

Things are slowly changing these days however, so automakers are constantly breaking the speed limits, while authorities even call for new restrictions that could make traffic a bit safer for everybody.

The Autobahn may be a no-limit road under a clear sky, but rain and bad weather comes with speed limits too. German authorities however are calling for a 130 km/h (80 mph) speed restriction, not only for a safer environment, but also for increase efficiency and reduced pollution. Could that help? 82 percent of those surveyed after the idea was made public said “no”.

We’ll skip the conclusion this time, but instead we’ll ask you: is the gentlemen’s agreement good or bad? Does it affect your experience behind the wheel or it’s indeed a simple way to get high-performance cars at more affordable prices?