Cristian Gnaticov
Genesis has officially made its way to Europe. The Hyundai-owned luxury car brand aims to compete against the likes of Audi, BMW, Mercedes-Benz, Jaguar, and Alfa Romeo in the Old Continent, with a range consisting of four models initially, two sedans and two SUVs.
12 photos

In order to make its arrival felt, the Korean automaker took to the Swiss Alps last night to create the largest-ever 3D projection of its kind on a mountain, lighting up the cliff face of a big rock near Lauterbrunnen.

Genesis claims that the display was 275 meters (902 feet) wide and 180 meters (590 in) high, and it kicked off with the projection of two lines, synonymous to their design language.

Images of their vehicles then appeared on the mountain, at around 30 times the size of an average two-story house, and their logo was then projected, thus marking their arrival in Europe, which starts in Germany, Switzerland, and the United Kingdom.

The auto firm wants to revolutionize the whole car buying process and ownership experience, by simplifying everything, with “a set of principles” that “respect every customer’s time and provide exceptional customer service”.

“We offer a car buying and ownership experience, which is stress-free and saves your time”, said Genesis Europe’s Managing Director, Dominique Boesch. “By taking care of the details so our customers don’t have to, we give them the most precious luxury – their time. We are making a promise to our customers that we will do things differently.”

Genesis is about to officially open the order books for its vehicles in Europe. The first ones to arrive will be the G80 executive sedan and GV80 luxury SUV. The lineup will then be expanded to include the G70 premium compact sedan and GV70 premium compact SUV, followed by the G70 Shooting Brake that will debut at the 2021 Goodwood Festival of Speed. 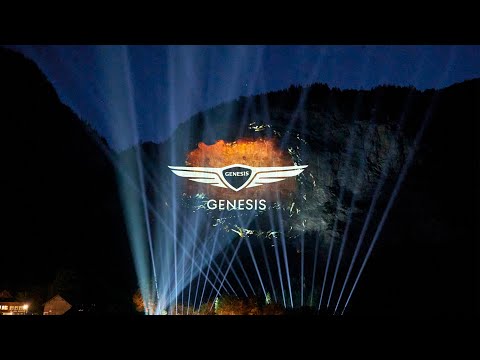