Genesis GV90 Rendered, May Be Twinned With Upcoming Hyundai Ioniq 7

Spun off into a standalone marque in November 2015, Genesis recently took the veils off the GV60. Based on the same platform as the Hyundai Ioniq 5, the luxury-oriented crossover may be joined by a larger sibling sometime in 2023 for the 2024 model year at the very latest.
15 photos

The South Korean automaker has already confirmed they’re working on a brand-new electric utility vehicle, and every single report is pointing toward the GV90. Potentially teased by a scale model earlier this month, the zero-emission SUV may receive similar underpinnings to the Hyundai Ioniq 7.

Speculatively rendered with G90 exterior design cues by Gotcha Cars, the GV90 makes no excuses for its eye-catching headlights and imposing side view. Expected with seating for seven people at most and two executive rear seats for customers who prefer to be chauffeured, the zero-emission utility vehicle should feature the same modular platform as the Genesis GV60.

E-GMP is how all three brands call the all-new architecture that currently promises in the ballpark of 510 kilometers (317 miles) on the WLTP and up to 310 miles (499 kilometers) as per EPA certification. The largest battery available right now flaunts 77.4 kWh, which is alright for the Ioniq 5 and EV6 but not good enough for the Ioniq 7 and EV9. Hearsay suggests a 100-kWh pack for these models, but until further notice, that’s only a rumor.

The all-electric GV90 could boast a wheelbase of approximately 3.1 meters (122 inches) to maximize legroom, and the completely flat underbody will help the handling characteristics by lowering the center of gravity. What’s more, we safely assume the larger brother of the Genesis GV80 will improve on the interior materials over its Hyundai and Kia stablemates.

According to chief executive officer Jay Chang, every new Genesis launched from 2025 will be fully electric. The luxury automaker controlled by the Hyundai Motor Group also intends to be carbon neutral by 2035. 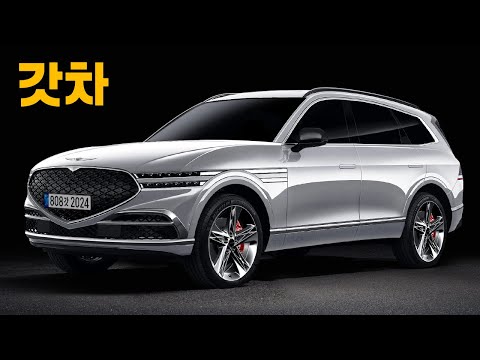