3 Chrysler Idles Plants for One Month

4 Helping Detroit 3 Could Cost the US $125 Billion 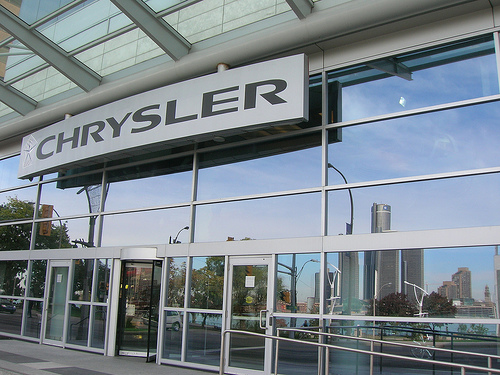 After the United States officials announced last Friday that a $17.4 billion low-interest loan will be granted to General Motors and Chrysler, the Canadian government today decided to approve a C$4 billion loan package for the same two American companies. According to a report issued by the Financial Times, the funds will go to part suppliers, part manufacturers and dealerships working with GM and Chrysler, with the package split into two parts: GM takes C$3 billion while Chrysler takes the rest.

Ford, the third member of the Detroit 3 group, said it doesn't need financial support for the time being, after turning down loan funds in the United States for the same reason.

Similar to the situation in the United States, overseas carmakers currently running operations in Canada experienced very poor sales, with figures unveiling the lowest revenues in the last years. Nevertheless, both GM and Chrysler said Canadians showed enough demand in their vehicles but new cars acquisitions were blocked by lack of financing.

“Canadian taxpayers now expect their money will be used to restructure and renew the automotive industry in this country and ensure that Canada maintains our current production share of the North American market,” Prime Minister Harper was quoted as saying by the Financial Times.

The United States government announced on Friday that GM and Chrysler will receive a $17.4 billion low-interest loan, with money sourced from Troubled Asset Relief Program, formerly known as TARP. Just like the US funds which were conditioned by a couple of factors, the Canada government required the two companies to report any transaction exceeding C$125 millions and to provide weekly reports regarding their financial status, production and revenues, FT wrote. Moreover, “the government will receive warrants for non-voting common shares equal to 20 percent of the loans,” the aforementioned source added.