2 Henderson Has His Say on Opel 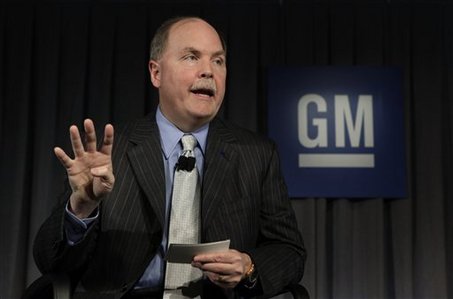 There's no doubt General Motors is struggling to ensure a bright future for the company. But some moves can be easily described as being awkward. Such an example is the resignation of CEO Fritz Henderson, the man who has been credited with the revival of the company just after it stepped out of bankruptcy. Henderson decided to leave the company after only eight months in the job. Curiously, General Motors doesn't provide an official reason and this leaves room for speculation.

The decision was announced just after GM board's monthly meeting and a few days after the company announced that Koenigsegg will abandon the purchase of its Swedish unit Saab.

Some voices are claiming that Henderson and GM's board had different point of views. It all started in September when the deal with Penske Automotive came to a dead end and General Motors decided to kill Saturn. It continued with Opel, as the company's board decided to scrap plans to sell the brand to Magna. It appears that Henderson was one of the officials who wanted to sell Opel, a matter of fact that led to some clashes between the CEO and GM's chairman Edward Whitacre.

However, GM's board does not want to comment on the resignation and already announced that Ed Whitacre will serve as interim CEO until a new person suitable for the job is found.

"At its monthly meeting in Detroit today, the General Motors Board of Directors accepted the resignation of Fritz Henderson as Director, President and CEO of the company," Whitacre said in a statement.

"Fritz has done a remarkable job in leading the company through an unprecedented period of challenge and change. While momentum has been building over the past several months, all involved agree that changes needed to be made. To this end, I have taken over the role of Chairman and CEO while an international search for a new president and CEO begins immediately. With these new duties, I will begin working in the Renaissance Center headquarters on a daily basis. The leadership team – many who are with me today – are united and committed to the task at hand," he added.

One of the reasons behind this decision might be Whitacre's impatience over the way General Motors evolved since it emerged from bankruptcy. Curiously, GM's chairman has always been supportive of Henderson but the recent dead deals and the company's need to return to profitability as soon as possible made him talk a potential CEO change.

"I want to assure all of our employees, dealers, suppliers, union partners and most of all, our customers, that GM’s daily business operations will continue as normal. I remain more convinced than ever that our company is on the right path and that we will continue to be a leader in offering the worldwide buying public the highest quality, highest value cars and trucks. We now need to accelerate our progress toward that goal, which will also mean a return to profitability and repaying the American and Canadian tax payers as soon as possible," Whitacre explained.