4 GAZ Confirms It Wants to Buy Opel
Car video reviews:
Up Next 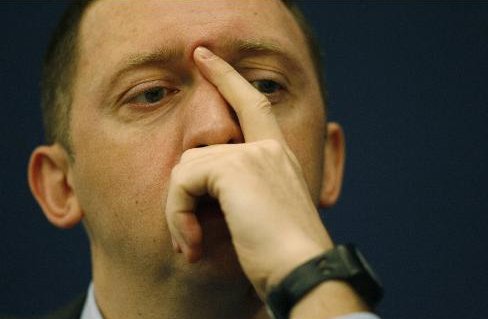 Russian carmaker GAZ and its owner, Oleg Deripaska, denied having any interest in acquiring a stake in German manufacturer Opel, despite the fact GAZ is Magna's partner in their bid for Opel.

"We can help them set up assembly at our facility and offer our dealer network for marketing. There is no talk of buying a stake," Deripaska told Russian newspaper Vedomosti, quoted by Reuters.

GAZ's denial comes after the Opel deal seem to have come to a standstill, some say just because there are several parties who do not want Russian involvement in the German carmaker. First rumors of a GAZ involvement surfaced back in June.

At that time, the deal between Magna, GM and Opel states that Sberbank, Magna's partner and Russian state-controlled bank, will pay some 65 million euro for GM's plant in St. Petersburg, which will pass over to Magna. If the deal passes, Sberbank is said to pass its 35 percent stake in Opel to a so called "Russian strategic investor," none other than GAZ.

"Opel is famous for its plentiful know-how... The goal of the deal is, on the base of its know-how and the possibilities Russia has, to create new know-how and to use it as a base to take a leap into the future," Igor Shuvalov, Russia's First Deputy Prime Minister said at the time.

With RHJ now on the line, the parties who loath the Russian involvement got leverage. Even so, GAZ is already preparing its assembly lines to receive production of Opel models, in case Magna succeeds.

"As of today, GAZ Group is the best prepared in terms of technology to take on Opel's production," a GAZ spokeswoman said in early July . "We have specialists that have been certified by them, by Opel."