As you have gotten used to by know, we here at autoevolution write just about everything even remotely connected to the automotive world. That includes, at times, writing about some really unpleasant (even nasty) things, like the piece here. As you read in the title, this little writing is about garbage or, to be more precise, the tools which make garbage magically disappear from sight: garbage trucks. Oddly as it may seem, garbage trucks have quite a reputation. While madly googling "garbage trucks" in search of interesting things to tell you, we came across countless Internet sites describing them, telling their history and even fan clubs and collectors' sites. Sure, they are the ugliest, smelliest, slowest and at times noisiest machineries (think only of that annoying beeping sound they make when in reverse...) present in any given city, but their importance is huge. Without garbage trucks, we would be swimming in our own waste, bodily or otherwise. Without them, our cities would be swamped by pests, flies, mice, countless diseases, unbearable smells and an overall sickening sight. HISTORY

Look as we might at all the countless pieces of information available about garbage trucks (or refuse trucks, as some call them), no one really seems to know their precise origins. As you might imagine, people were never keen on living right beside their own waste, so efforts to rid communities of garbage have been around ever since...well forever. 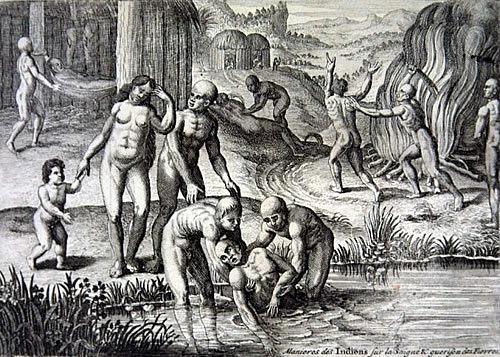 According to historians, the first landfill dates way back to 3,000 BC, while the first law demanding garbage being dumped away from the city (1 mile or more) dates from about 500 BC and was adopted in Athens. Of course, the main methods and tools used to get rid of garbage were carts, wagons and even buckets.

Nothing major happened in the way in which garbage was disposed of until the 14th century, when the Black Plague swept through Europe several times and killed about 25 million people. Although not the cause of the plague, the lack of an efficient sanitation system enhanced the biblical proportions of the plague. 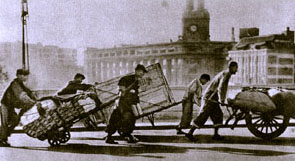 Partially as a result of the plague, Britain introduces what may very well be the first organized group of garbage men. Called "rakers", they would take the trash, put it in a cart and carry it away, on a weekly basis. This method remained roughly the same, although it expanded throughout the world, for the next six hundred years or so, until the advent of the automobile and, soon after, of the truck, which changed the way in which city sanitation was carried out.

Switching to trucks for carrying garbage was the natural choice for the people living at the turn of the 19th century. Trucks could carry more, for longer distances and were faster than any other human or animal traction vehicle. 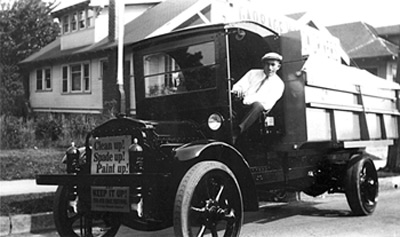 As you might imagine, the trucks used for carrying garbage were not purpose built or converted for this task. Thus, they were simply open tops, with the bed of the truck featuring only side rails. Even so, open tops soon proved very ineffective, as they would lose their load, smell awful and draw tons of flies, vermin and other pests.

This began changing in the 1920s, when trucks used for garbage disposal began getting covered. Since then, garbage trucks evolved and there are currently five major types of garbage trucks: front loaders, rear loaders, side loaders, pneumatic collectors and grapple trucks. FRONT LOADERS
As the name suggests, front loaders, which mostly serve businesses, take large waste containers with lids and load them by using an automated fork. Once on top of the truck, the fork turns the container upside down and the garbage gets dumped into the hopper. A packer blade located into the hopper then slides over the pile of garbage, compacting it to the rear. REAR LOADERS 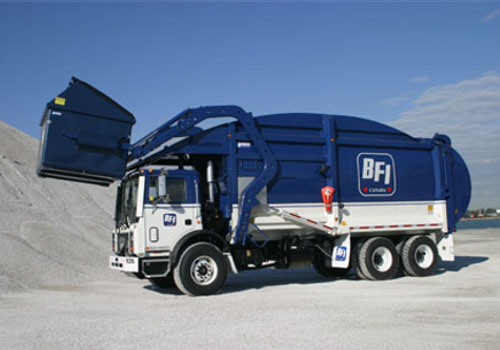 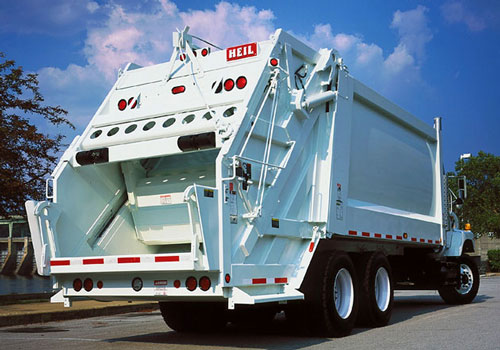 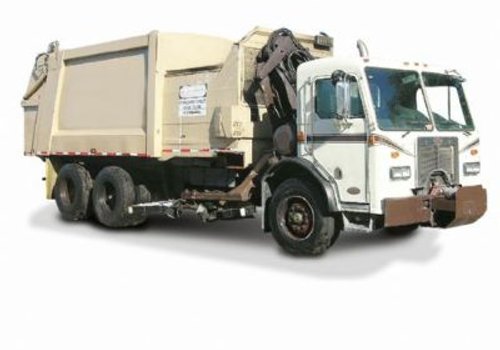 Rear loading garbage trucks (largely unchanged for the last 50 years) are largely used in residential areas, as they have a smaller opening than the front loader. They empty trash bins by using a lifting mechanism to raise and flip them into the opening located at the back. Once unloaded, the garbage gets compacted by a sweep-and-slide blade, which presses it against one of the walls. Unlike other garbage trucks, these ones allows trash to be manually thrown into the container as well. SIDE LOADERS 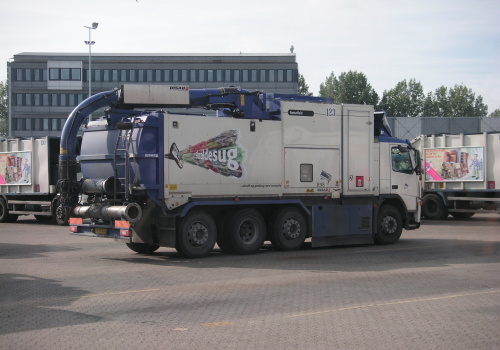 Used in residential areas, like the rear loaders, the side loaders use a similar system, the only difference being the fact that the garbage gets into the truck after an automatic side loader picks up the beam, flips it and unloads the content. Inside, the garbage gets crushed as well, to clear up space for more. PNEUMATIC COLLECTORS 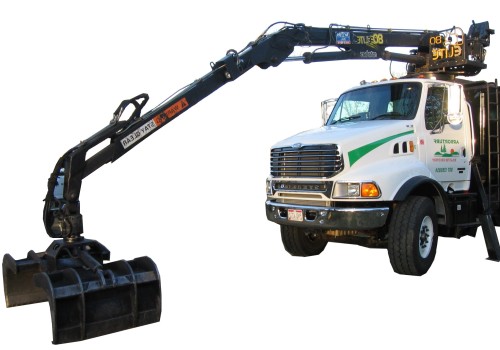 Pneumatic collectors use a crane fitted with a tube to literally suck waste out of areas otherwise unreachable. Unlike the previous types of garbage trucks, these ones can also be used to pick up liquid waste. GRAPPLE TRUCKS
Grapple trucks are ideal to pick up loose garbage, as well as oversized trash. They can be used to lift and load garbage which is usually to big or inconvenient to fit into a trash can (furniture, trees, dishwashers and so on). WHAT IF... 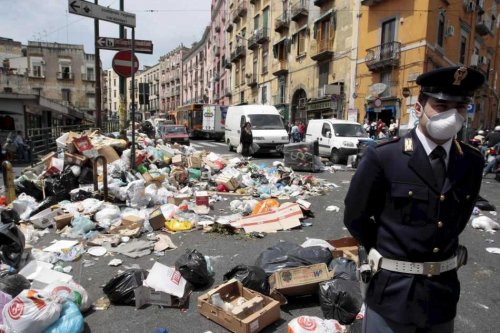 Ever wondered what would happen should no one take care of your garbage? Well, residents of the Italian city of Naples found the answer to this question the hard way, in the summer of 2008. A series of factors led to one of the messiest situation in modern history, but the main cause was, surprisingly, the involvement of the Camorra, the Naples equivalent of the Cosa Nostra mafia, in the waste disposal cycles.

With the help of some insiders, the Camorra managed to take control of the city's landfills and slowly began turning trash into cash. By expanding their business across Italy, the Camorra over-filled the dumps and soon overcapacity became a real issue. According to Reuters, the trash business proved to be more lucrative than even narcotics.

In 2008, the business turned into a crisis, as garbage began getting dumped right onto the city streets, with the amount of trash dumped all over the place reaching thousands of tons in January. A garbage workers strike sent the city spinning, with riots and protest igniting all over. 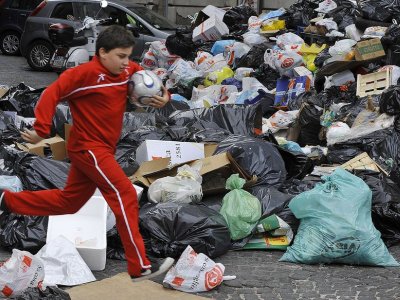 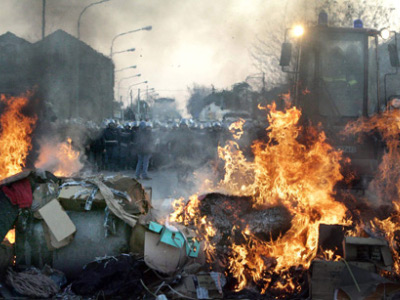 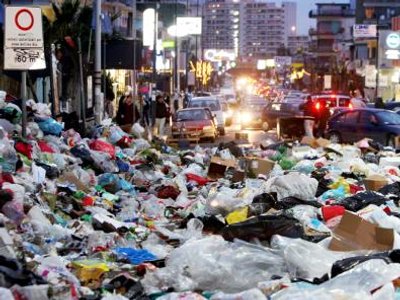 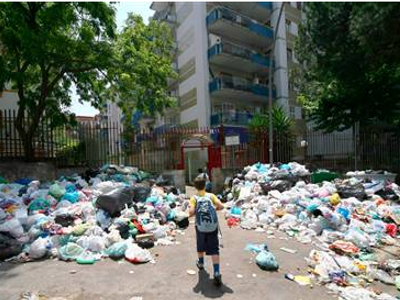 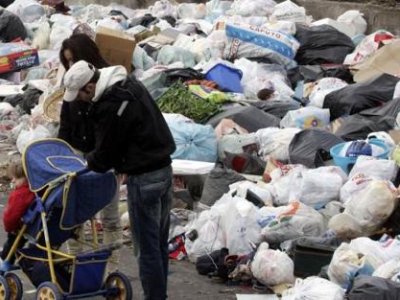 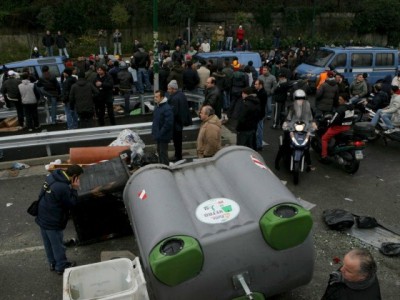 The situation was settled only after landfills were considered military zones, giving the army power to stop residents from blocking roads and rail lines.