3 G-Power Messes with the New BMW Z4
Up Next 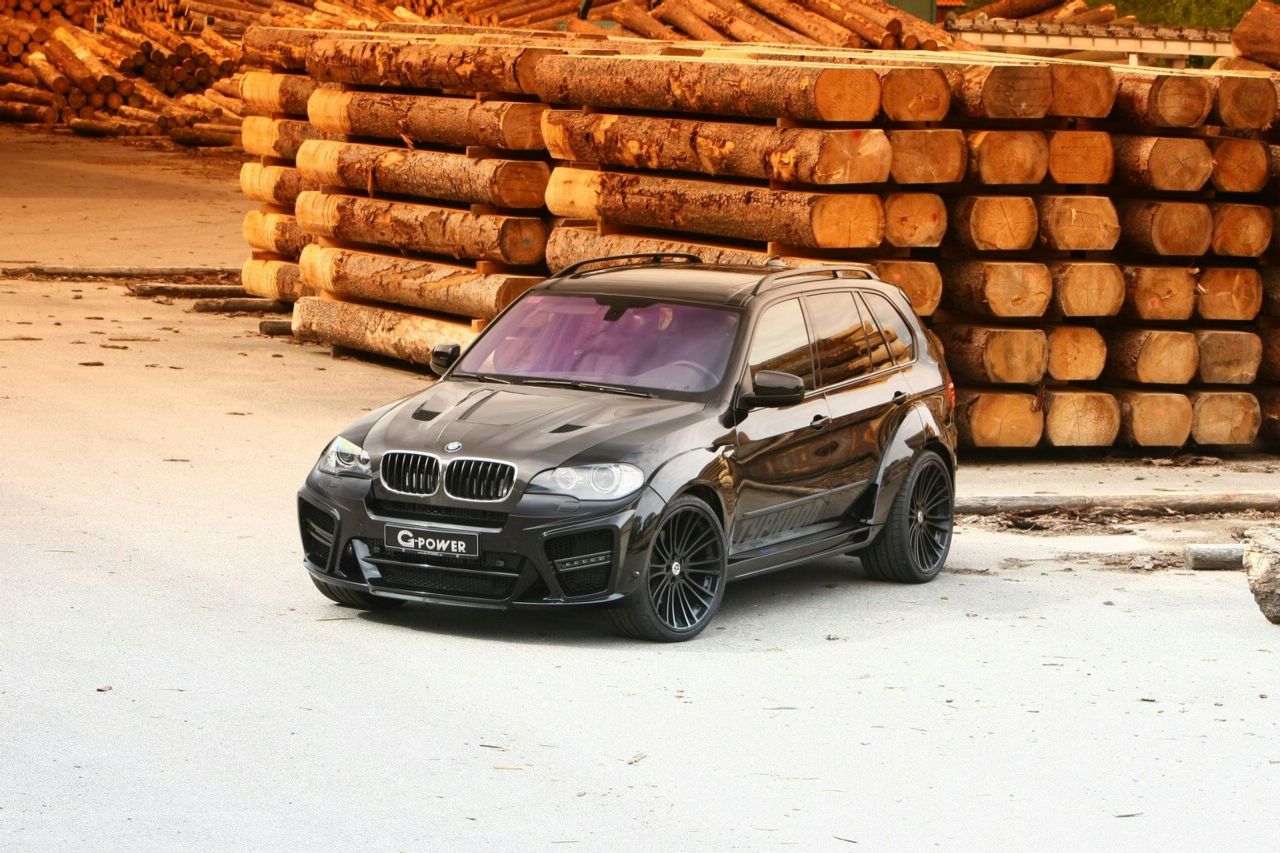 G-Power just launched a limited edition version of the BMW X5 Typhoon, called “Black Pearl Edition”. The project is based on the X5 Typhoon, but has a different black paint, a new bodykit which includes new front and rear spoiler, a revised hood and, in order to complete the aggressive look, wider wheel arches.

The performance is impressive. According to the tuner, “the G-POWER SK III RS supercharger system gives the 4.8 litre engine a performance increase of 270 hp / 199 kW to 625 hp / 460 kW at 6,100 r.p.m. and renders a torque increase of 225 Nm to 700 Nm at 5,300 r.p.m. Compared to turbo models, such a strongly equipped engine reacts to any impact to the gas pedal aggressively and without any delay.”

“In order to achieve this performance, an ASA T1- 725 charger with radial centrifugal clutch is flanged to the engine with a CNC-milled, high-strength framework structure. The supercharger which is powered by a crankshaft via the multi-rib belt has an oil flow which is integrated into the engine oil circulation for lubrication. The boost pressure is 1.0 bar.”

When it comes to acceleration, the Black Pearl Edition needs 4.5 seconds to reach 100 km/h, about 16 seconds to reach 200 km/h and, if you have enough patience, the speedometer will indicate 300 km/h. If interested in such a car, the G-Power Typhoon Black Pearl will set you back 295,000 Euros, car included. If you already have a X5 E70, the company can provide the changes. The price seems to be rather high, especially considering that for that kind of money you can get a X5 M seriously modified.