5 Brabus Modifies the G 63 AMG 6x6 Because They Can
Car video reviews:
Up Next

1 photo
The six-wheeled AMG monster is by far the most nightmare-inducing vehicle in the current Mercedes-Benz lineup and probably the meanest-looking production off-roader on the planet.

What else would you call an already evil-looking G-Class that has six-wheel drive, five differentials, two fuel tanks and over 500 horsepower?

Even compared to the “standard” four-wheel drive model, the G 63 AMG 6x6 is pretty much like pitting a fully-grown Dobermann next to a Miniature Pinscher.

In the following video you'll be able to see the car in its future natural habitat, Dubai.

As you can check out for yourself, the car's size dwarves even the not-exactly-tiny Mercedes-Benz GL 63 AMG parked next to it.

Along with its very Dubai-friendly white color, we wouldn't be surprised if the car filmed has already been bought by a rich sheik visiting the 2013 Dubai Motor Show. 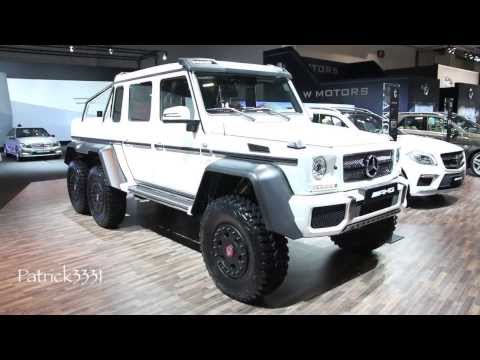