The tiny house movement has picked up considerable steam in the past couple of years, perhaps more so in 2020 than ever before. Most believe it’s been around since the early 2000s, but in reality, it goes back to the ‘60s.

Futuro, the Proto-Tiny Home With a Short Life but a Colossal Impact

The first and very popular tiny home was a thing before the concept of tiny home even existed: the Futuro house. Though short-lived and definitely underwhelming in terms of public reception, as compared to how many units it was predicted to sell, Futuro is as iconic as it gets. It’s not just a perfect bubble/time capsule of the spirit of the late ‘60s and early ‘70s, but a rare collector’s piece, a true must-have. If you can afford it.

Last month, one such Futuro home popped up for sale in New Zealand and should have been auctioned on December 5. It’s been sold to a private buyer before that deadline, which means said buyer was willing to offer more than the $200,000 usual price for one such item in unrestored condition. A tiny home for a less-than-tiny budget.

Futuro is a fiberglass, UFO-shaped house with an aircraft-style hatch and airplane windows, initially designed as a ski lodge. It is the creation of Finnish architect Matti Suuronen who, some years before, was asked if he could design something that could double as a ski chalet. As such, it would have to be small, easy to heat, easy to transport and assemble on all types of terrain, and more importantly, cheap.

Suuronen had worked with plastic before, and he, like pretty much everyone in the late ‘60s, considered plastics a wonder material that was easy to work with, was incredibly light and versatile, highly durable, and nearly maintenance-free. Yes, humanity was really that naive back in the day.

The first Futuro prototype was unveiled in 1968. Made of fiberglass-reinforced polyester plastic, polyester-polyurethane, and poly(methyl methacrylate), it was 4 meters (13 feet) high and 8 meters (26 feet) in diameter, for a total of 50 square meters (538 square feet) of interior space. Plus, it could literally be plopped on any terrain, with the sole condition for its location being that four concrete piers be provided to act as support for the steel stills and frame on which it rested. Of course, Suuronen never mentioned that Futuro also needed electricity and plumbing in order to be functional.

Durable and easily transportable, Futuro came with integrated insulation and an electric heating system. This meant it would take just 30 minutes to get it from −29 to 16 °C (−20 to 60 °F), a huge plus seeing how it was meant for rocky, cold locations, as well.

The Futuro was received with intense criticism back in Finland, but the rest of the world was enamored with the idea that everyone could own a leisure/vacation home just like that. The Futuro shipped in 16 segments that could be assembled on-site or, depending on the future owner’s possibilities, could be dropped by helicopter directly on location. Not that assembly was that difficult; it was a few days’ job for a three-man crew working with an instructions manual. Kind of like Ikea, but on a bigger scale.

The interior of Futuro was just as plastic as the exterior. There was a tiny kitchen made entirely of fiberglass, with room for just one, but a spacious living that could accommodate up to eight people in comfort. The bathroom was tiny, too, but it had a toilet, a shower, and a sink. Two bedrooms made it a suitable choice for a family of four.

Some 100 units were made until the 1973 oil crisis and shipped to all parts of the world, including New Zealand, Australia, U.S., Japan and the UK. Of these 100 units, it is believed that under 60 remain, and they’re all in the possession of collectors. There are two notable exceptions: the prototype, which is housed at the Museum Boijmans Van Beuningen in Rotterdam, The Netherlands, and the first mass-produced unit, serial no. 001, which is part of the WeeGee Exhibition Centre in Espoo, Finland.

With the oil crisis, plastic became widely inaccessible. Suddenly, a dream house that was meant to be so cheap as to allow basically anyone to have their own (movable) vacation home became too expensive to make. And the funky, childish and naive Futuro dream died. 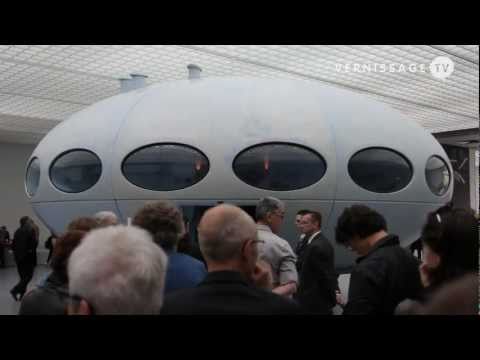 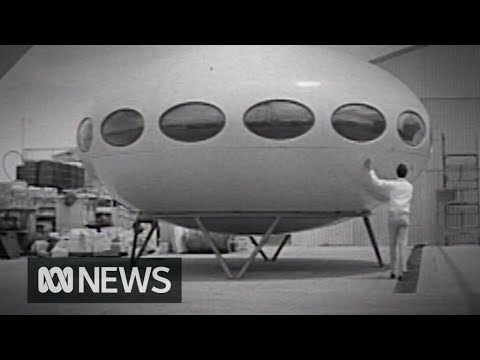 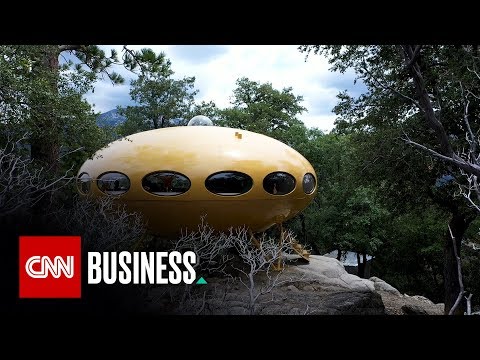