2 Jared Leto’s Daily Driver Is... A Ford Bronco With Flames on It

3 You Can Have Your Own Alien Power Loader Scale Model for $1,200

1 photo
Just when we were enjoying those seven seconds of car jumping greatness, bang! Universal Studios releases the official IMAX trailer of Furious 7. So here we are, split between watching some great tuned cars getting off buildings and hills, and hitting the replay button of the three-minute resume.

As winter is slowly coughing its last winds, spring is getting closer by the day and with it the seventh installment of The Fast and Furious saga approaches. As if the movie itself wasn’t uber popular already, this one also comes with a lot of emotions attached since it’s the last Paul Walker got to work on. Fans in US barged in to see the official reveal of the trailer last November, proving that this epic film is simply the most awaited production among petrol heads.

Nevertheless, you know how these marketing ventures are. When you have your hands on what could be the film of the decade, you’ll have to make sure you get the best of it. So after officially releasing the video trailer last year in quite a festive way, Universal Studios are back with some more teasing. First, they released a seven second clip showing... well, cars jumping all over the place and now they just put out the IMAX version of the November footage.

Now, you guys probably remember our piece detailing on what models Vin Diesel, Paul Walker, Dwayne Johnson, Michelle Rodriguez, Jordana Brewster, Lucas Black and Jason Statham are driving. Not only are we talking about the fastest and coolest looking machines on the market, such as Nissan GT-R, Mercedes S-Class and a couple of really great muscle cars, but they are all specially created by the man himself Dennis McCarthy.

PS: Until April, when the film hits the big screens, check out the IMAX trailer below, it’s quite impressive. 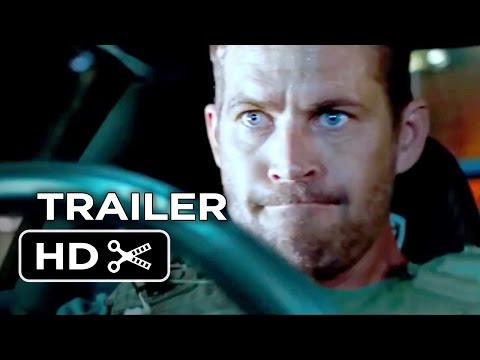