There’s an urban legend in the United States (but not only) that MINIs are not exactly the most reliable cars out there. This could explain why Richard from the Rich Rebuilds YouTube channel managed to find a very cheap example with an allegedly blown engine for his next (partially) DIY project. It’s one on a tight budget, as in he’s broke and has just $5k to get the MINI running on electricity.
26 photos

Some of the vloggers we see out there on a daily basis are quite technical, some are smug, while others go for the funny take. Well, Richard from the Rich Rebuilds YouTube channel is part technical, part funny, and all likeable when delivering his thoughtful explanations.

Coming from just finishing two German cars – a BMW i8 and Audi RS7 – he's apparently broke and decided his next project will be one on a very tight budget, of just $5,000. During an earlier episode (we have also embedded it below alongside the one we’re more interested in), he muses about an electric quad he once built – so those memories triggered the idea of taking a very unreliable MINI and making it an electric vehicle.

During that segment we can see the buying process, why he spent $1,500 on a non-running unit with an allegedly blown engine (it turns out to be true), as well as the disassembly work carried at service shop. Next up we should move to the video of the actual build.

It’s not complete, though, because he loses time giving us lots of interesting explanations – all the while including a cute puppy, a girl that takes selfies while doing absolutely nothing (she later showcases some neat technical knowledge, from the 5:45 mark), or the most logical reason to date about why technical schools have lots of electric car projects abandoned all over the place.

It has to do with the high schoolers discovering the incredible existence of the opposite sex, but that bodes well for Richard because that’s where he sources a DC motor for his electric MINI (he also explains why he chose it over an AC motor with regenerative braking, before actually going to work from 3:40).

We get fast-forward, thankfully, with some time-lapse of his actual assembly process – he takes the gearbox out, goes to fabricate some pieces and also discuss the conundrums of unreliable BMWs and MINIs (from the 12:00 mark), mates the DC motor to the transmission in more time-lapse, and then gets ready to wrap things up.

The DC motor and gearbox have been hooked up, but the episode ends on an ironic note... as he forgot to check up if the electric motor is actually functional... Sincerely, we’re going to be checking up on him from time to time, because he’s caught our attention – and also triggered some smiles. 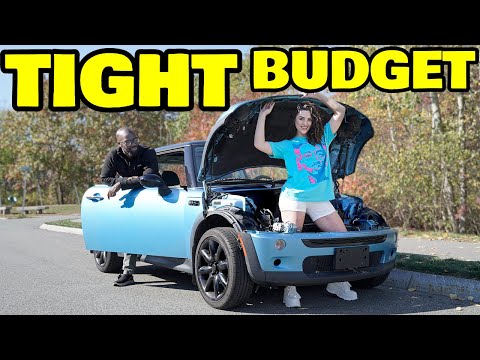 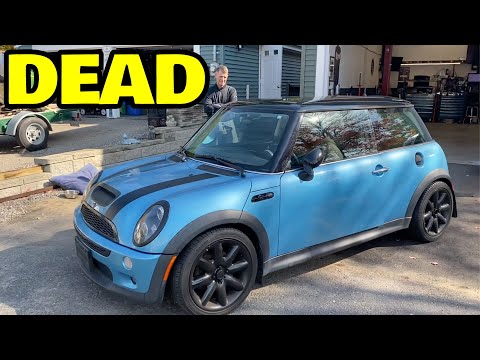