Home > News > Tuning
Alex Oagana
If we would pick a single car color that has took the world by storm in the last couple of years, we would probably put our money on any “frozen” shade out there.
1 photo
“Frozen” anything is definitely the new matte black, its success starting to be even bigger than the usually kitschy velvet vinyl wrap we have started seeing on more and more cars in recent times.

When talking about Mercedes-Benz cars, the frozen shade which in our opinion looks the best is a certain silver that makes almost any model looks like a futuristic weapon.

For example, the following E 63 AMG W212 found in Dubai is pretty much the definition of badass if we were to not make contact with the “Altezza taillights” and stick to the fabulous color combo between the frozen grey and the black accents.

If it hadn't been a pre-facelift W212 we would have thought this is the rather expensive Designo Magno Allanite Grey, but otherwise we're inclined to say this is a nicely-done vinyl wrap that mimics the AMG color which wasn't available on the non-facelift model. 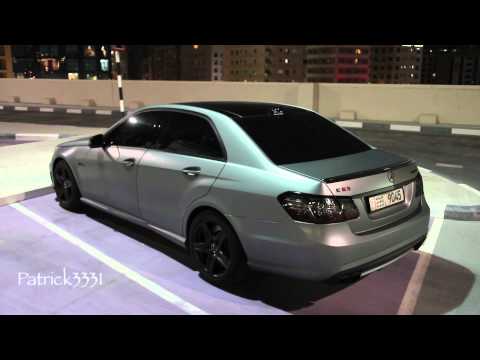